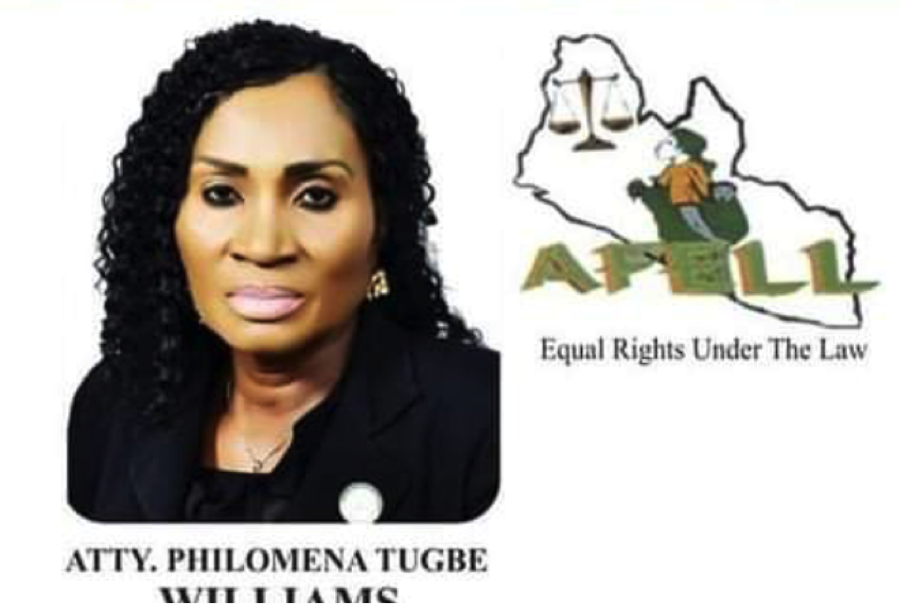 The Association of Female Lawyers of Liberia (AFELL) Friday December 10, 2021 elected new leaders to head the organization for the next two years.

The Association of Female Lawyers of Liberia is a non-profit, non-governmental, a pro bono organization aimed at advocating, promoting, protecting and advancing the rights of women, children and indigent persons in the society. AFELL was also part of the taskforce on the land rights Bill of Liberia.

Speaking at the climax of the elections, the Chairperson of the AFELL’s Elections Commission, Cllr. Sundaiway E. Nelson-Amegashie said she was overwhelmed with the demonstration of maturity during the elections and the true harmonious relationship among members of the Association.

According to her, all observers and contestants graded them because of transparency, fair, and free elections. She said, “I am very happy that I was called upon to be a part of this election. As far I am concerned, the election was smooth. We look forward to seeing AFELL turning a new page and becoming more vibrant. Our duty has come to an end,” she said.

Also speaking, the Co-Chairperson of the Commission, Atty. Annie W. Broderick said she was excited to provide service to their noble organization.

“Collectively, AFELL voice went out because everyone voted with happiness. I strongly believe that they will uphold the mandate of the organization succeed in time by making AFELL proud and elevate the status of the organization,” Atty. Annie W. Broderick added.

Meanwhile, the newly elected President has promised to speak once she settles down after the elections.