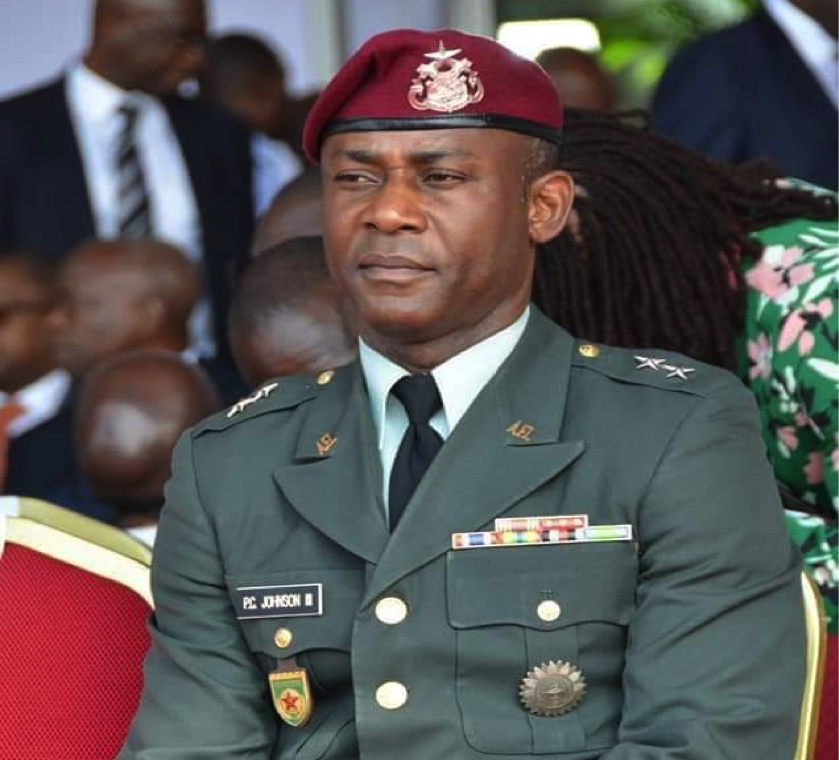 … for outstanding and dedicated efforts to sustain the peace.

The Alpha 2022 Peace Award is going to be presented to the Armed Forces of Liberia (AFL) today, which is September 21, 2022.

The Alpha Phi Alpha Fraternity, Inc., in collaboration with the Kofi Annan Institute of Peace and Conflict Transformation (KAICT), is responsible for organizing the ceremony for the Award as a component of the activities that are planned to commemorate the International Day of Peace in 2022.

According to the Armed Forces of Liberia (AFL), the Chief of Staff, Major General Prince C. Johnson, Ill., has expressed his satisfaction with the nomination of the AFL for an award of this caliber.

According to Major General Johnson, it is an honor for the AFL and the Ministry of National Defense to earn such an accolade, and they are appreciative for the recognition they have received.

According to Major General Johnson, the prize is to be shared equally among all members of the Liberian armed forces: soldiers, sailors, and airmen.

He pointed out that the narrative has shifted from one of warring factions during the civil war to one of peacekeepers abroad as a result of the new AFL.

Meanwhile, the Director of the Kofi Annan Institute for Conflict Transformation (KAICT), Professor T. Debey Sayndee, is calling for a very strong link to be built between security institutions and the communities that they serve.

According to Prof. Sayndee, the link will allow communities to alert and report criminals to security, as well as assist them in identifying criminals.

Professor Sayndee also emphasized that the link between security and communities will be a small but effective force capable of countering criminal threats throughout the country.

Prof. Sayndee made the call recently in Monrovia when he served as keynote speaker at the official launch of the Arm Forces of Liberia (AFL) Barrier Assessment (BA) Report on Measuring Opportunities for Women in Peace Operations (MOWIP).

The Director of the KAICT in his keynote address indicated that the current situation in the country is that criminals are becoming so organized and powerful to the extent they are collaborating with the security infrastructure.

“We are told that if you park your car here, they are the ones who take care of it and if you don’t satisfy them, you come tomorrow and don’t have a car.”

According to Prof. Sayndee, communities have become compelled to comply with some of the criminals, which is total insecurity.

“This is time we rise up, expecting our security to be in a place to provide security for this country. If the numbers of security is the reason why security will be provided, then we would not have had them. What is critically missing and we are hoping we can strengthen is a very strong link between our security institutions and the communities that we serve, “he said.

Prof. Sayndee stressed that increasing the number of security actors has some challenges and is counterproductive, adding that “like today we have about 8000 police officers and they are not helping us in what they should do, but we are also not catering to them as we should and adding another 4000. If you can’t cater to 4000, you can’t cater to 8000.”

Speaking further, the Director of the KAICT emphasized that what needs to be done in order to stop the high rate of criminal activities in the country is for the security sector to engage the community they serve to be an inclusive member of the security sector.

However, he used the medium to encourage members of the security sector to not allow economic hardship, political and relationship influences to make them compromise their professional duties.

He also boasted that Liberia has saved its share of the good that professional development can do, and that some of its men and women in arms today in other security sectors are excellent in all of the world’s major training institutions.

At the same time, he stated that it is time for Liberians to benefit from these efforts and transform the country by restoring the trust that was lost when people fled from security.

“It is time to restore and reverse so that people can be part of the security sector,” he asserts.Prof. Sayndee also urged security apparatus that like teachers, they are at the bottom and so much depends on them and so little for income, but one person to transform will be that catalyst to move the country in the direction that everyone will be proud of, emphasizing that it is that desire that gets them as teachers, researchers, and academics to continue