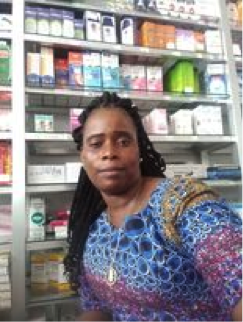 A Liberian woman, Madam Hopeful Wargbe, is seeking government’s intervention through the Ministry of Labor, to help her receive from Bunty Pharmaceuticals, an Indian-owned company, what she described as her just benefit, following her wrongful dismissal by the company.

Madam Wargbe, according to documents in the possession of Women Voices, has been in the employ of Bunty Pharmaceuticals since 2018, until her abrupt dismissal recently.

During the duration of her employment, she was assigned to several branches of the company, including its Buchanan Branch, in Grand Bassa County, according to the aggrieved lady.

Madam Wargbe told Women Voices that on 12 September 2021, she received a phone call from Mr. Moses Reeves, Human Resource Manager of Bunty Pharmaceuticals, indicating that the company no longer needed her services and she should report to the office to be paid off.

She recalled that prior to receiving the phone call from the Bunty Pharmaceuticals Human Resource Manager announcing her abrupt dismissal; she received no previous warning, whether in writing or verbally.

She narrated that since 2018, she has had a cordial working relationship with her employer, even though, she has never been granted leave or vacation by the company.

Madam Wargbe lamented that she sustained a major injury on her left leg in July of this year, while on an errand for the company but was given no attention by the management up to present.

She further narrated that she worked from Mondays to Saturdays, from 9am to 8pm, for a monthly salary of US$150, stating that since what she considers as her wrongful dismissal, she has taken the matter to the Ministry of Labor and met with the Ministry’s Director for Workmen’s Compensation, Industrial and Safety, Mr. Arthur Jimmy, who invited she and her employer to a conference on two occasions.

She disclosed that on both occasions at the Labor Ministry conference Mr. Jimmy ruled and the management of Bunty Pharmaceuticals agreed that the company pays her off with the total sum of US$1,287, including unpaid leave, medical and compensation for wrongful dismissal.

But since then, Madam Wargbe sadly explained that her former employer has refused to pay her said amount in spite of the Labor Ministry’s instruction.

Following killing of men believed to be Liberian mercenaries: