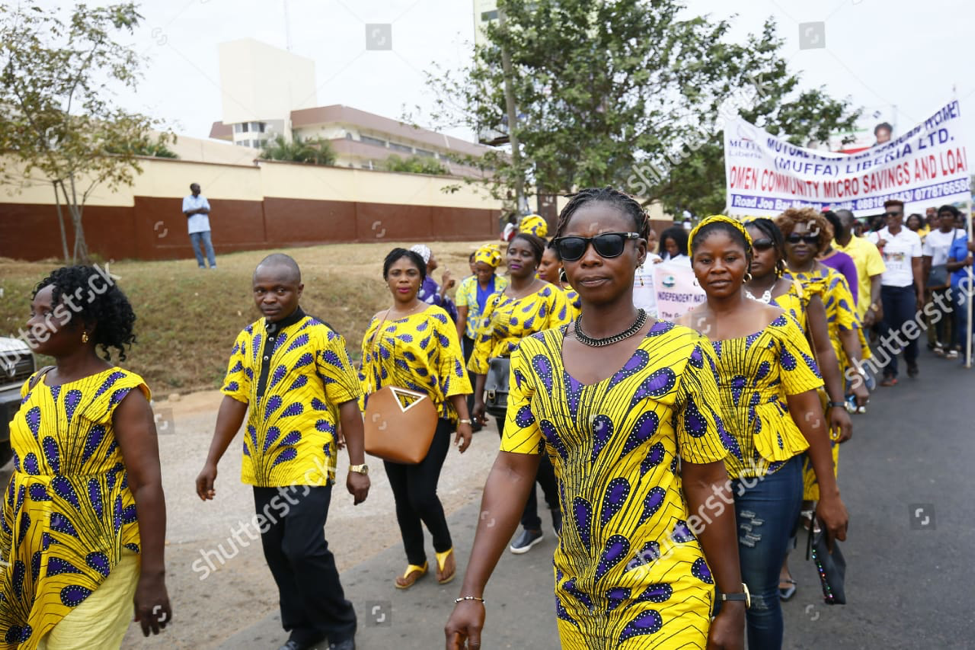 …. Encourage fellow women to get involved

Liberian women across the country began the celebration of the International Women’s Day, which will be officially observed on March 8 of every year.

International Women’s Day is a day set aside worldwide to recognize the efforts, success and contributions of women to their communities, family and country.

Market women from the Johnsonville Kpelleh Town Market and Paynesville Joe-by Market began early celebration as they explained success stories ahead of the IWD celebration.

Speaking on Tuesday, March 1, 2022 on the Super Morning on ELBC Radio, the Superintendent of Johnsonville Kpelleh Town Market, Madam Rosaline Yakpeh explaining her success story as a business woman disclosed that her father died the same day her mother give birth to her and her mother was the only one left to care for her. Madam Yakpeh indicated that things were difficult and there came a time when she had to sell and go to school at the same time.

She claimed that going to school and selling at the same time was difficult for her, so she told her mother that she wanted to put school aside and concentrate on her business. As a result, her mother informed her if that was what she chose to do, it was going to work out well for her, and that was how she dropped out of school to focus on the business.

She claimed that her mother handed her $500 Liberian dollars to start a company, which she used to purchase dishes to sell.

“With the 500 LD, I purchased a few dishes and began selling them from community to community. “Dishes were cheap at the time, so I had a lot of customers, and as time went on, the business started to improve,” she explained.

Madam Yakpeh stated that she sold the dishes for a while before moving on to selling lappa and cream until the war broke out, at which point she chose to travel to Guinea in order to locate her siblings who were living there.

“When I came back to Liberia after the war, I started selling pepper in the Waterside Market where my friends gave me a table, at which time the same friend that gave me the table started going to Guinea to buy goods. That was how I gave her 25 dollars to buy my lappas, which I gave out for sale and paid for, which I did three times in a roll, and I got good money from it, so I decided to upgrade my business again, “Madam Yakpeh said.

Madam Yakpeh explained that she was living behind CEMENCO on the Japanese Freeway and sought to find a site to sell worn clothes. As luck would have it, she found the spot and began selling old garments. Later, she relocated to a grocery on the same Japanese Expressway.

She stated that she was able to build her house in Johnsonville with the money she earned from selling at the supermarket, highlighting that she had progressed from the table market to a shop in the Johnsonville Kpelleh Town Market.

Meanwhile, she underlined that becoming a businesswoman is very straightforward, despite the numerous hurdles that it entails, and that it takes patience, effort, dedication, and devotion.

“If you genuinely want to establish a business, forget about buying material things and beautifying yourself,” she said, adding that “if you want to eat the finest of food and wear the best of clothes, all of that will bring you down.” For me, I operate my business based on my budget, which has proven to be really beneficial. People constantly say that I have a big shop and don’t like to wear the best things, but I always tell them that I don’t dress to achieve anything. True, I despise dressing, but at the end of the day, I have to look presentable.

If you want to be a great businesswoman, you must first learn how to compare the positive aspects of your business rather than the negative aspects. “Before launching a business, think about the location, what you want to sell, and how you’ll finance it,” she advises.

Madam Yakpeh seized the opportunity to tell her other women that, despite their challenges, they may achieve success in life, advising, all that is required is dedication and time.

What I want to tell my other ladies is that if you put all of your hope, goals, and aspirations into your small business and are committed to it, you can make it, and God will see you through. It’s something I did, and it’s something you can do as well. “I’m not quite there yet, but I’ll get there,” she maintains.

Madam Julia K. Bennie, the Superintendent of Joe-by Market and the Brand Ambassador of Lonestar “Da My Selegbeh,” also spoke on the broadcast, explaining that she began selling in 1997 on March 3 with a $25 gift from her mother.

“My husband was working at the time, but he was enjoying the high life and not paying attention to my children or me, so my mother urged me to ignore him and concentrate on my children and business. “Before giving the money to me, my mum prayed over it,” she explained.

“I started putting 50 cents from every profit I made into the business after Madam Bannie gave me a susu card. I invested the money I got from the susu card back into the business, and that’s how I was able to grow my business”.

“There were a lot of challenges, such as paying the children’s school fees, feeding, paying house rent and a lot of other things, but with God above, my business grew to another level. Today, my children are educated, I have three houses, and I am currently helping to sponsor my grandchildren in school through the business I am doing. I have 11 children but two died. Today, thanks to the one bag of rice I started selling in Paynesville Joe-by Market, I was able to educate my children and my first daughter is the current Public Works Minister, Ruth Cocker Collins. Under this sun, it is good to wait for God’s time. I went through hard times with my business. There came a time when my friends used to laugh at me and say lot of things that I can’t wear good cloths and gold chains but just paying children school fees,” she said.

“I am still doing my business right now, but I have upgraded to a shop. I am the superintendent for the market,” she asserts. Moreover, she used the time to advise her fellow women not to sit down and play Ludo the whole day, adding that “do something so that your husband will respect you, learn how to contribute to the home and not everything you will ask your husband for.” Learn how to do business and contribute to the home so that you and your family can live a better life. “