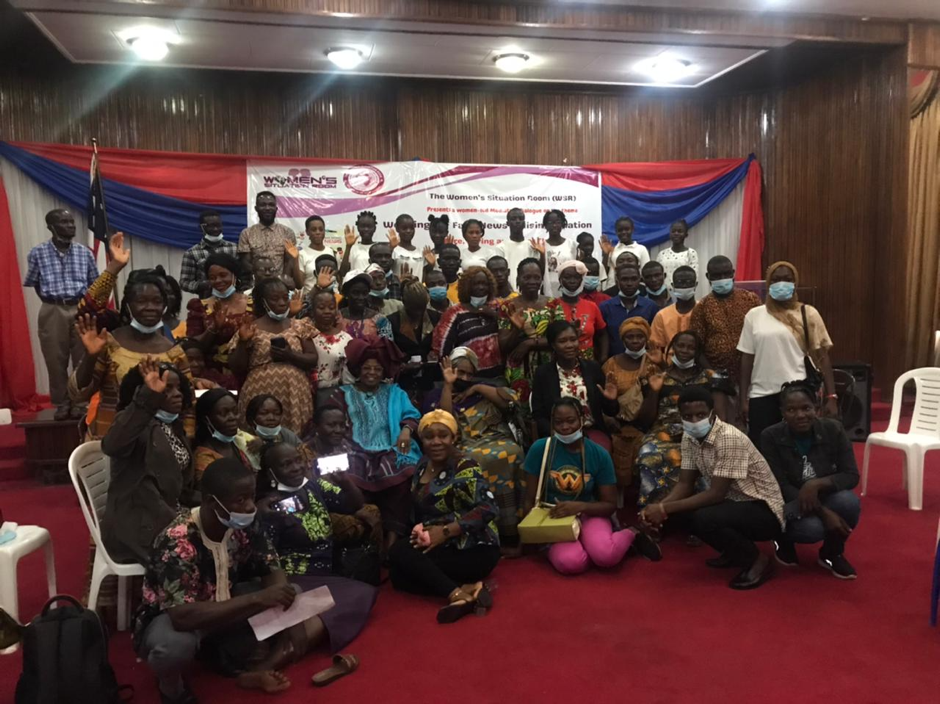 This was written by Leila B. Gbati.

Cllr. Yvette Chesson Wureh, the Establishment Coordinator of Angie Brooks International Centre (ABIC), has urged journalists across the country to learn how to navigate the truth in the mists of chaos, as the country enters political season.

Between now and next year, according to Cllr. Wureh, a slew of major issues will surface. As a result, journalists must know how to conduct their investigations.

She made these remarks at a one-day media mediation dialogue on the theme “weaning off fake news and misinformation before, during, and after elections” on Thursday, June 9, 2022.

The Women Situation Room (WSR) organized a one-day media mediation dialogue, which was initiated by ABIC and ZOE and funded by the Peace Building Fund.

Cllr. Wureh cautioned journalists to verify the source of their information before reporting on election-related misinformation.

No good journalist with integrity or foresight, she claims, will do journalism without doing their homework.

She suggested that instead of reporting false information with the intent of causing harm, journalists should find out who the source is.

Cllr. Wureh stated that journalists are the only ones who can keep the peace, emphasizing that even UN peacekeepers or WCOWAS are exhausted, but only journalists are able to do so because the pen is more powerful than the soil.

“You’re just like any other minister or president.” That should be your first realization, and remember to keep the peace,” she advised.

Cllr. Wureh stressed that the way journalists cover women’s issues is not good, adding that “when a woman is running for a seat, instead of reporting on her platform and what she brings to the table, they will rather talk about how she is a prostitute and she is not married.” You will never get that person’s platform unless you ask them. It adds to the perception that they aren’t serious contestants or true politicians.”

Cllr. Wureh went on to tell the media to stay away from personalities in their reporting, underlining that Liberia is a personality-driven political system with no political parties but rather personality clubs.

I’d like to inform you that sometimes you have to go hungry and tell yourself, “This is not the moment for me to ask for it, but I’m going to do the tale, good, bad, or ugly; it will be what it is.”

The reason for this is because your integrity will take you somewhere that money’s rapid gratification will never take you. This is more crucial. There’s nothing quite like honesty. Don’t be afraid to speak up for what you believe in. “No one is greater than the truth,” she continued.

Cllr. Wureh explained that the WSR began in 2011 when they first heard the drums beating and were encouraged to intervene, and that “the WSR began due of the misuse of journalism.” Those of you who maintain your integrity will always be targeted.

She did, however, urge journalists to double-check their sources before reporting, emphasizing that no decent journalist of ethics or good judgment would conduct journalism without completing their homework.

“Before communicating and disseminating misinformation or Mali formation with the purpose to cause harm, you must do your studies and check on sources,” she adds.

In a special address, ABIC’s Chair of the Board of Directors, Hon. Olubanke King Akerele, stated that ABIC and WSR have been holding a series of sessions with Liberian women, including traditional leaders preparing them for elections, and that the last session with media is exceptional.

The Hon. King praised the initiative, emphasizing how well-organized and timely it is.

According to her, she listened to the facilitators’ and participants’ presentations, which were mostly journalists, and one of the most important things for them is to help educate Liberian women by developing their potential in order to achieve what they want to see.

“I listened to all of your contributions, and everything is in order, and we will work with you all,” she stated.

WSR International Coordinator Gifty Mensah, who gave an outline of the one-day mediation dialogue, emphasized that journalists are the watchdogs in times of democracy and elections.

According to Madam Mensah, the information the media disseminates to the people determines whether the political climate will be peaceful or violent.

She emphasized that no news is news unless it is carried out by the media, and that what the media says or publishes, as well as how they say or publish it, has the potential to cause controversy, which is why WSR and partners taught that holding a one-day media mediation dialogue to sensitize the media ahead of the election processes was a good idea.

The one-day media mediation forum brought together journalists from across the country, as well as community leaders, the majority of whom were women.

Madam Helen Hah Sammie, publisher of the Womenvoices Newspaper, and Madam Eva Flomo, journalist at ECOWAS Radio, were among people that presented at the meeting.