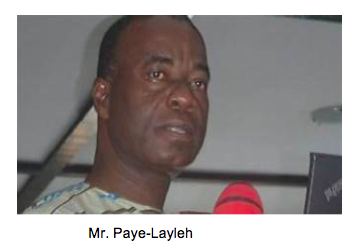 The British Broadcasting Corporation (BBC’s) longtime stringer in Liberia, veteran journalist, Jonathan Paye-Layleh, has presented L$30,000 to the Nimba Community Radio Association (NICORA), in appreciation of the peaceful resolution of a misunderstanding that had hampered the running of the Association for some time now.

In a communication accompanying the donation, Mr. Paye-Layleh, himself a native of Liberia’s northern Nimba County, saluted the Association for its determination  to  put the past behind and move  ahead for the achievement  of the purpose for which the body was formed.

In a statement issued Thursday, he recalled a disturbing situation when he had been invited to install officers-elect of the Association in Ganta, but the event was called off due to a misunderstanding within the leadership.

The veteran journalist had earlier donated L$20,000 as his contribution to the ongoing relocation exercise of the famous Radio Saclepea in Nimba County.

Meanwhile, Mr. Paye-Layleh is urging journalists in Nimba County to cover the upcoming by-election in the county’s electoral District #1 with impartiality and avoid taking sides with candidates.

We are deeply troubled by the stigma the Children are facing...