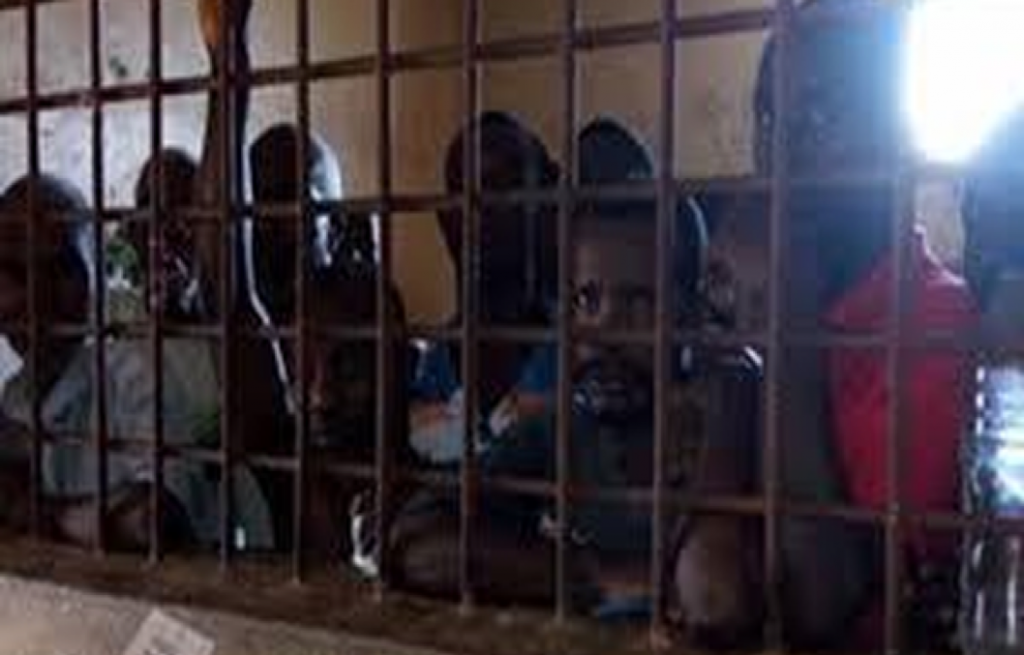 MONROVIA – Rev. S. Sainleseh Kwaidah, Director of Prisons at the Ministry of Justice has disclosed that due to poor health services and over-population of the Monrovia Central Prison and other prison centers in the country, bed bugs are gradually taking over prison facilities across the country.

Bedbugs are small, reddish-brown parasitic insects that bite the exposed skin of sleeping humans and animals to feed on their blood. Although bedbugs aren’t known to spread disease, they can cause other public health hazard.

“Bed bugs or ‘Chains’ are gradually taking over the Monrovia Central Prison because of the continued deteriorating health condition of the prison, over-population of prison facilities in the country is a major challenge; there is no budget allocation for inmates health within the Ministries of Health and Justice for prison facilities in Liberia,” Rev. S. Sainleseh Kwaidah, Director of Prisons said.

The Director of Prisons made the disclosure at a one-day meeting held at the Corina Hotel in Sinkor on Friday, December 18, 2020, where over 15 Civil Society Organizations gathered to discuss how to identify structural solution to prison’s health and a collaborative problem solving initiative.

According to the Director of Prisons, over-population of prison facilities in the country is one of the major challenges when it comes to prison health, besides the shortage of medication intended for inmates.

He also noted that one of the issues that is causing the overcrowdings of prison facilities is that two-third of the total number of prisoners and beyond are pre-trial detainees; adding that most of those cases are individuals who were accused of rape and other minor crimes.

Discussing prison health concerns, Rev. Kwaidah narrated that only six prisons out of the sixteen prison facilities in the country have mini-clinical facilities or clinics and have health workers from the Ministry of Health that report for duty daily, while the others receive scheduled visitation.

Rev. Kwaidah also disclosed that there is only one ambulance for all of the 16 prisons facilities across the country as such it makes it difficult for prisoners to be transported under protective custody for treatment whenever they are sick.

Statistics from the Monrovia Central Prison shows that the prison was constructed for little over 300 prisoners but to date, the prison now holds over 1,261 prisoners as such it is causing serious health hazard to inmates.

Prominent members of the Civil Society community noted that for years now the health system at prisons in Liberia continues to become deplorable every day; adding that prisoners are among the most vulnerable people in the society.

It was discussed by members of the civil society community that the government of Liberia is paying little or no attention to prisoners and prison facilities because the government believes that the substandard and low support to prisoners is another way of punishing inmates.

Addressing the one-day meeting, human rights activists and lawyers said the health condition of prisons in Liberia remains a major concern to them as prison facilities in the country deteriorates on a daily basis.

It was disclosed during the meeting that meals given prisoners can’t care for those inmates who are sick because of the poor preparation of such meals, sometimes making it impossible for prison officials to even get funds for the purchasing of food for the inmates because of huge bureaucracy and delay at prison facilities around the country.

Concluding the one day meeting, human rights activists and lawyers recommended that the Ministry of Health strengthens County Health Teams to place more attention on prison health situations across the country, and that the Ministry of Justice or the court conduct speedy trial of all pre-trial detainees to avoid overcrowdings of prisons.

For his part, the Ministry of Health Prison Focal Person, Ernest Davis told the gathering that there is no budget allotment within the Ministry of Health budget for prisons’ health services across the country, and as such, the issue of the unavailability of drugs at prison facilities in Liberia affect inmates’ survival.

MOH Prisons’ Focal Person, Davis said due to the lack of ambulances at prisons across the country, inmates are being transported using motorbikes and at most time correction officers have to walk with prisoners to the health facilities in the rural parts of the country.

The purpose of the meeting according to the Rural Human Rights Activists Programme (RHRAP) Executive Director, Lorma Baysah, is due to the need for Civil Society Organizations to identify structural solutions to prison’s health and a collaborative problem solving initiative for prison facilities in Liberia.

RHRAP Executive Director, Baysah noted that after two years of working to build the capacities of the police and correction officers by providing support to prisons through the Ministry of Justice, it is now time all CSOs come together and advocate for the Bureau of Correction and Rehabilitation to become autonomous.

He said if the BCR is a separate institution from the Ministry of Justice those structural issues will be addressed and there will be a promotion of the fundamental human rights of inmates in the country.

“There is a need for civil society intervention in buttressing government efforts on the prison health, though it is not their responsibility. This may include more support to the BCR for CSOs and partners for the bureau to secure its semi-autonomy status. This will enhance prison operations in a robust manner,” he said.

Meanwhile, the one-day meeting on strengthening the human rights of prisoners within correctional facilities and at grassroots level in Liberia program was organized by the Rural Human Rights Activists Programme (RHRAP) and Serving Humanity, Empowerment and Development (SHED) with funding from the European Union (EU)