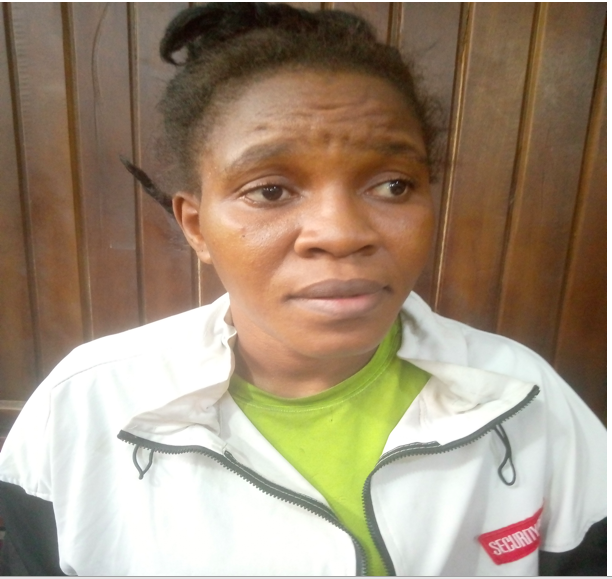 On June 10, 2022, the Monrovia City Court sent Benita Baryo to jail for kidnapping a schoolchild. According to our reporter’s investigation, Benita is a 1994 (28) born believed to be mentally ill.

Benita Baryo was arrested on 30 May 2022 and transported to the Clara Town Police Station, where she was charged with the alleged kidnapping of a girl from an Islamic school on Randall and Gurley Street in Monrovia to the Todee District in rural Montserrado.

Her moral demeanor during the trial prompted Womenvoices to investigate her mental stability. It was determined that Ms. Baryo’s out-of-character behavior was the result of recurring nightmares she has experienced since 2012, when she enrolled at Lincoln College.

Ms. Benita was speaking gibberish while seated on a prisoner bench, but court officials ignored her behavior, claiming that many accused individuals acted similarly in order to deceive the court into believing they were insane so that they could be released.

Given the severity of Ms. Baryo’s act, which violates Sections 14.50 and 14.53 of the New Panel Law of Liberia, the City Court’s decision to send her to jail is in accordance with Liberian law when an individual commits a crime while in a sound state of mind.

However, a person may break the law if they are not thinking clearly. When this occurs, the individual must be taken to rehabilitation for counseling and correction, Benita’s case appears to be.

During a conversation with residents of the Ducor Community in Central Monrovia, where Ms. Baryo resides, it was discovered that Benita Baryo had been acting erratically for more than four years, despite receiving treatment from an herbalist in Sierra Leone.

Joema, a member of the community, claims that Ms. Baryo has not acted normally for years and has even gotten into confrontations with her tenants over trivial matters.

“She is not well. She even engages in palava (conflict) with renters on occasion, claiming, “I don’t have a television, but you do,” and throwing stones at the television. Once, there was a misunderstanding, and she stated, “They took me to the police.” Joema stated, “I will do my own thing, and the community will be concerned; she is insane.”

Her father, Mr. Rudolph F. Baryo, stated that Ms. Benita Baryo had just returned from Sierra Leone, where she had traveled at the beginning of May to receive conventional treatment for her sickness.

He stated that once his daughter graduated from high school in 2012, she was admitted to continue her study at Lincoln College. In addition, he stated that while he was at work, the college dean contacted to inform him that his daughter was acting abnormally and crying in the middle of campus.

Mr. Baryo disclosed that after this incident, his daughter refused to attend the college and asked to be transferred to Advant University. According to him, she continued to have the same experience. Since then, her attitude has shifted, resulting in strange behavior, which prompted her late mother to begin providing her with conventional treatment.

Since her return from Sierra Leone at the beginning of the previous month, he claims she has been in constant confusion with her tenants. Mr. Baryo stated that Benita brought in her own tenant and, when her current token expired, began tapping on the man’s line. When he mentioned it, she stopped the sewage from the downstairs bathroom from flowing. She pursued the man’s daughter on campus and was transported to Todee, which is in the middle of nowhere in Montserrado.

According to him, he was not present when his daughter fought her tenant. He stated that he lives in RIA and that, after his wife passed away, he put his daughter in charge of the house because her mental illness was not severe enough to prevent her from doing so.

As it is unlikely that a mentally sick individual would perform such an act, it is crucial that the government, through the appropriate authorities, implement measures to rehabilitate persons with mental illness through counseling and other rehabilitation methods.

Benita’s father stated that he was pursuing legal action while also asking the government of Liberia to pardon his daughter and release her from prison so that he could transport her to a rehabilitation facility. Under Liberian law, kidnapping and human trafficking are punishable offenses.