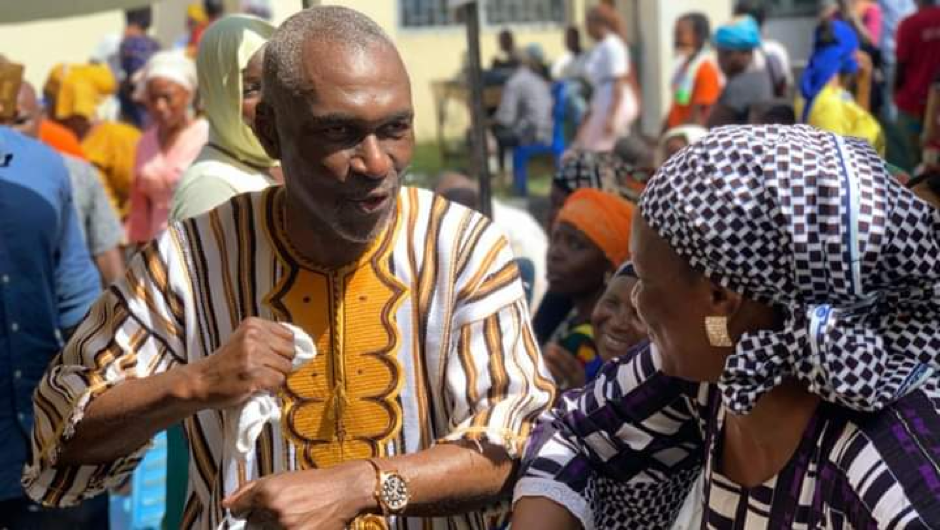 (May 24, 2022, Monrovia): Mr. Alexander B. Cummings, Standard Bearer of the Alternative National Congress (“ANC”) and Presidential Aspirant in Liberia’s upcoming Presidential and General Elections in 2023, applauds the conclusions of what he calls an independent expert inquiry investigating charges of tampering made by the All Liberian Party (ALP).

The charges are the basis of ongoing criminal actions in Liberia against Mr. Cummings and others. According to an ANC release, in forensically investigating the claims against Mr. Cummings, renowned human rights lawyer Cherie Blair CBE, QC headed a team of specialist lawyers from Omnia Strategy and experienced investigators from Alaco Limited.

“The assessment revealed that the CPP Investigative Committee Report does not hold up under scrutiny, does not provide solid support for the claims it purports to uphold, and is an entirely unsafe basis for any criminal prosecution,” the release said.

“The Framework of Political Persecution: The Case of Alexander B. Cummings,’ an independent investigation released today, demonstrates how the CPP Investigative Committee ignored important evidence demonstrating the Framework Document was thoroughly reviewed and approved by all parties to the agreement,” the statement continues.

According to ANC’ release, this was despite the fact that its own Chairman had participated in the drafting and approval of the text. This calls into doubt the Committee’s motivations and ability. Liberia’s rule of law has deteriorated over the previous two years, lagging far behind the regional norm, according to the World Justice Project, with the country’s lowest scores in ‘Absence of Corruption’ and ‘Criminal Justice’.

“As President George Weah and his allies in government and opposition continue to attack Liberia’s democratic values, the Omnia-Alaco report sheds light on how this is manifesting itself in Mr. Cummings’ political persecution. According to Alexander B. Cummings: “The report’s findings are conclusive. The truth – that this was a motivated attempt to impugn my integrity and disrupt our movement for real change – may prevail now that the claims against me have been exposed for what they are. When the government has infringed my democratic rights, I have always stood steady and calm. But I couldn’t stay calm as the government staged this trial, which has been an assault on all Liberians’ democratic rights and the international democratic community’s ideals.” Mrs. Blair commented: “Our inquiry has revealed that both the original accusations against Mr. Cummings and the so-called investigation by the CPP are futile. The evidence is just inconclusive. The whole thing is a wild goose chase at best and a witch hunt at worst. I am confident that the Liberian courts will ensure that justice is served.” He made these remarks at VP Road, Catholic Hospital Junction, Old Road, Sinkor.

The Political Leader/Standard Bearer Mr. Cummings commissioned an independent inquiry to provide an objective assessment of the ALP’s and government’s claims, and directed Mrs. Blair’s team to report without fear or favor. The release said, Mr. Cummings has consistently upheld high standards of integrity, honesty, probity, and transparency throughout his professional, humanitarian, and political careers, both in Liberia and overseas. The false accusations he is facing are just another clumsy attempt to destroy his good name and undermine his ideals, the release said.