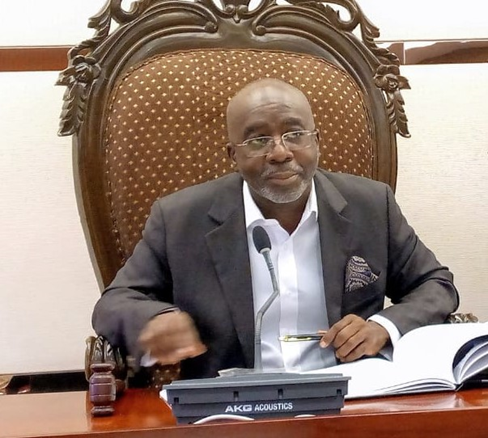 Deputy House Speaker, Representative J. Fonati Koffa has assured Liberian women of Liberia of his support for the passage into law of the Gender Equity Bill currently before the House of Representatives pending legislative actions.

Deputy Speaker Koffa, who represents Grand Kru electoral district #2 in the House of Representatives, made the pledge to women of Liberia when he addressed a press conference recently at his Capitol Building office on Capitol Hill, Monrovia.

Rep Koffa told the press conference that he does not stand for anything that is against the rights of any individual or group of citizens, vowing that therefore, he would lobby with his colleagues for the passage of the Bill.

The Bill among others seeks to exclusively set aside 30% women participation in the country’s governance process.

When enacted into law, the Bill will require political parties to secure 30% seats for women’s participation in the electoral processes of the country.

The Bill that was firstly introduced during the 53rd Legislature and later re-introduced in the 54th Legislature is languishing in committee room, although the very minute portion of females at the Legislature is in support of it, while buck of their male counterparts seem reluctant of its passage.

Howbeit, Rep Koffa stressed that Liberia is a signatory to international treaties that obligate automatically compels the country to affirm the passage of into law of such democratic instrument as the Gender Equity Bill that will exclusively assure of 30% women’s participation in the governance process of the country.

He emphasized that the organic law of the land; the 1986 Constitution of Liberia also abolished discrimination of a person or group of citizens, emphasizing that the Gender Equity Bill needs to be brought back on the floor for legislative deliberation because according to him, the Bill has overstayed in committee’s room.

He disclosed at his Wednesday, 17 February press conference that a recent petition received by his office from women groupings calling for his support for the passage of the Bill, has reinvigorated him to continue standing in the vanguard for the rights of the women of Liberia and all other persons and groupings.