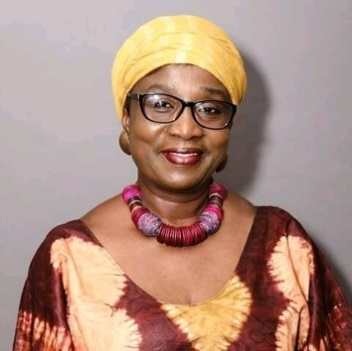 …Alarms Strange Visitation to Her Home

The Collaborating Political Parties (CPP) Nimba County Senatorial Candidate, Edith Gongloe-Weh has alarmed over insecurity of her life in the county.

The only female candidate in the Nimba Senatorial race told the media recently that strange men have been visiting her community, with a black jeep which suspiciously droved near her house’s fence for unknown reasons and later left the area.

According to her, the action by the strange men prompted her security to advise her to depart Ganta, Nimba County, for safety reason.

Candidate Gongloe-Weh who is battling the Movement for Reconstruction and Democracy Candidate, Nimba County District #1 Representative, Jeremiah Koung, at the polls is being fully supported by CPP while Rep. Koung is being indirectly backed by the ruling CDC.

She expressed serious concern that the Liberian Government is not providing her security, thus putting her life in danger.

The former Nimba County Superintendent narrated that insecurity is one of the factors that have the propensity to undermine the transparent process of the senatorial elections in that part of the country.

However, Montserrado County Senator, and an executive of the CPP, Abe Darious Dillon, on his Facebook page, announced that a team from Monrovia including him was going to Nimba to help provide support to Madam Gongloe-Weh ahead of the conduct of the elections in some disputed areas in Nimba under the umbrella of the National Elections Commission.

This is not the first time for Madam Edith Gongloe-Weh to vie for the senatorial seat of Nimba County .

Presently, Nimba County has two male senators and nine male representatives at the National Legislature, something Madam Gongloe-Weh is preparing to overturn with victory at the 2020 polls.