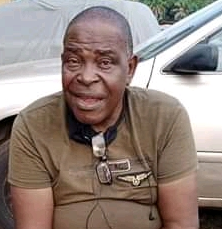 MONROVIA – The Executive Mansion Press Corps (EMPC) has extended its deepest condolences to the family and office of the Presidential Press Secretary for the death of veteran photographer, James M. Garrisen.

Mr. Garrisen, according to an announcement released by the office of the Presidential Press Secretary, died on Wednesday November 18, 2020 at a local hospital outside Monrovia.

He also extensively covered the United Nations General Assembly in New York, the United States, on several occasions whilst in active service.

An EMPC press release issued Thursday, quotes the leadership and entire membership of the media group as saying the late Garrisen was a veteran, who possessed a wealth of experience in the field of photojournalism.

According to the EMPC statement, Garrisen will be remembered for always being willing to assist independent reporters, especially photojournalists, assign at the Executive Mansion, whenever they had difficulties in their work.

The statement added that the EMPC expresses its deepest sympathy to the bereaved family and urged members of the family to take solace in the Lord, “the one who gives and takes.”

Several AFL soldiers abscond while on training in U.S.