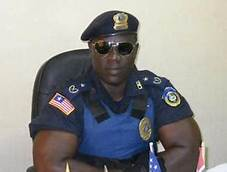 A citizen of District#1 in Nimba and regular radio caller, Mr. Colinco Zune, has appealed to the county’s legislative Caucus to lobby with central government to provide at least a vehicle for police assigned in Ganta, Nimba County.

Mr. Zune is particularly appealing to Senator Prince Johnson, Chairman of the county’s Legislative Caucus; and Rep. Jeremiah Koung, Representative of the district to negotiate with government to assist the security forces in Ganta with a functional vehicle.

“We are kindly asking our lawmakers, especially our senator and the district Representative to ask the government to help our police here with a mobile,” he added.

Lack of mobile is one of the many challenges hindering the smooth operations of the LNP assigned within the city.

He thinks the police are reneging on their duties for fear of attacks from criminals, thereby exposing the citizens to potential security threats.

Mr. Zune wonders how the police could defend themselves should there be any attack on them by criminals because they have nothing such as firearms, to protect their own lives.

Ganta is one of the major commercial cities in Liberia that he said contributes a lot to the country’s revenue generation.

Not only that there is no functional vehicle to enhance police operations, the shortage of manpower in the security sector of the city has also claimed the attention of the citizens.

The city, with over four hundred thousand inhabitants dwelling in about 30 larger communities is said to have less than 50 police officers assigned at the depot, responding to crimes.

In an interview with Journalists on Monday evening, Mr. Zune disclosed that the present situation with the police is giving rise to increment of criminal activities in the city.

“The business people here are in fear and even the community people are also in fear,” he averred.

He said the police have always complained of the lack of vehicle to effectively combat crimes.

Mr. Zune alleged that his residence was recently attacked by criminals at about 1:00 am.

He explained: “I immediately called the police, but they couldn’t come because they said they don’t have vehicle to take them there, and I can’t blame them, because they too are human beings”.

According to him, residents of the city, especially the members of the business community are living in absolute fear as a result of the security situation.

He used the occasion to rally support of his fellow business individuals to join forces with their lawmakers to ensure the police can be mobiled in order to protect their lives and properties which is their statutory mandate under the law.

Mr. Zune then, described the situation as “Maltreatment” of police officers assigned in the city.

For several years now, officers of the LNP on assignment in Ganta are operating without vehicle and other logistics to effectively discharge their professional duties as state security.

They are usually seen in pair of two or three being transported on commercial Motorcycles from one community to the other by complaints in order to effectuate arrest. He added that it should not be the case always.

With these constraints, Zune said the need for provision of new car and motorbikes to police in Ganta cannot be over emphasized.

He stressed that they are now tired of repairing the “old” pickup previously used by police but is down due to serious mechanical problem.

Meanwhile, Mr. Zune is suggesting the creation of additional prison facility between Gbarnga and Ganta Cities to cater to the increasing wave of criminals in the city.

He explained that the central prison in Sanniquellie does not have the capacity in terms of space to hold the influx of people committing crimes daily.

“Let’s save the next generation”