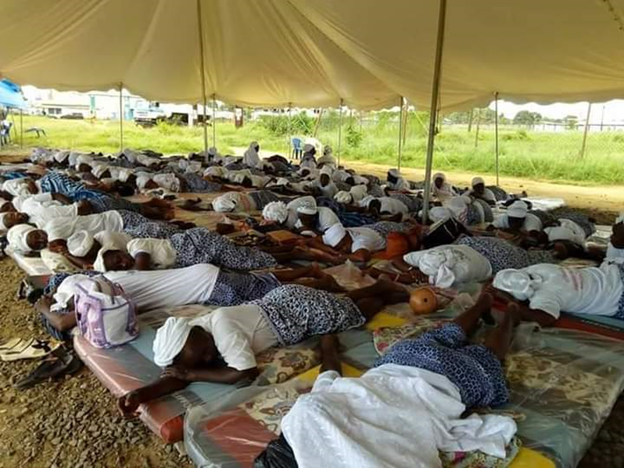 The Ministry of Gender, Children and Social Protection welcomes the reassurance from the presidency to the Women in Peacebuilding Netowrk (WIPNET), that they would not be relocated from their Airfield prayer ground.

The Ministry, in a statement issued mid last week, says its assurance comes following what it describes as ill-intended rumors that the Government of Liberia (GoL) is seeking to relocate the women prayer group due to the construction of the Invincible Eleven Park by President George M. Weah.

“These rumors are false and misleading and the Ministry frowns at individuals who have misinterpreted the President’s assertion, with the intentions of creating unnecessary panic amongst the valiant women prayer warriors,” the Gender Ministry’s statement read, indicating, “President George Manneh Weah as a devoted son and grandson to both his mother and grandmother has showcased respect, land unflinching support of the agenda of Women of Liberia and in all of their endeavors.”

The Ministry noted that President Weah was clear in his speech on the day of the Park’s dedication, when he intimated that, the Park once constructed, will have a separate center for the WIPNET Prayer team.

“The Feminist-In-Chief His Excellency Dr. George Manneh Weah intoned, as he broke grounds for the Park, his appreciation and importance of the group’s work, and even emphasized that their patriotic stance in continuing to pray for the nation is extremely worthwhile, which is why he said, an exclusive Prayer Center will be built for them near the site as a sign of appreciation,” Gender Ministry stressed.

“The Ministry hopes that 2021 starts a new dawn of togetherness for the women of Liberia, who will continue to negate the negative appendages to bring the work of women down,” Gender Ministry emphasized, while applauding WIPNET for what the Ministry termed as “their national prayer commitment, and once again, pledges its fullest support as they continue their much needed prayer intercessions.”

“Government stealing from the mouths of children”