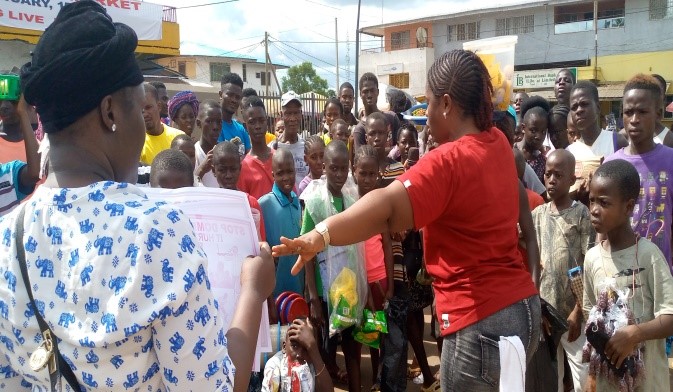 In August of 2019, the government of Liberia signed into law the Domestic Violence Bill. The law recognizes domestic violence as a serious crime against individual and society which takes on many forms, including physical abuse, sexual abuse, neglect, and exploitation.

The Ministry of Gender recognizes this Act which is highly focused on effectively rendering assistance and protection to victims and survivors of Domestic Violence as a milestone accomplishment, under the Weah-led Administration.

Gender views the passage and signing into law of this legislation as a vital tool in curbing and eradicating the scourge of domestic violence which has permeated every fabric of the society.

Domestic Violence affects both genders but to a larger extent women and children. It undermines their health, dignity, security and autonomy while preventing them from reaching their full potential.

In view of this, the Ministry of Gender, Children and Social Protection with support from the Sexual and Gender Based Violence (SGBV) Joint Program through UN Women conducted awareness within thirty (30) communities across four (4) Counties (Bong, Margibi, Nimba and Montserrado) with high prevalence of Domestic Violence especially child abuse in Liberia.

At the end of the five days awareness, community dwellers became knowledgeable about the Domestic Violence law as well as its prevention and reporting mechanisms.

The Ministry believes that the awareness will reduce incidence of Domestic Violence and increase reporting of sexual gender based violence cases.

Already the Government of Liberia & Partners have launched an Anti- SGBV Roadmap 2020-2022 aimed at addressing rape and other sexual and gender based violence.  His Excellency Dr. George Manneh Weah, President of the Republic of Liberia in addition to endorsing the Anti-SGBV Roadmap declared rape as a National Emergency with several other measures, including the appointment of a Special Prosecutor for rape, the setting up of a National Sex Offender Registry, the establishment of a National Security Taskforce