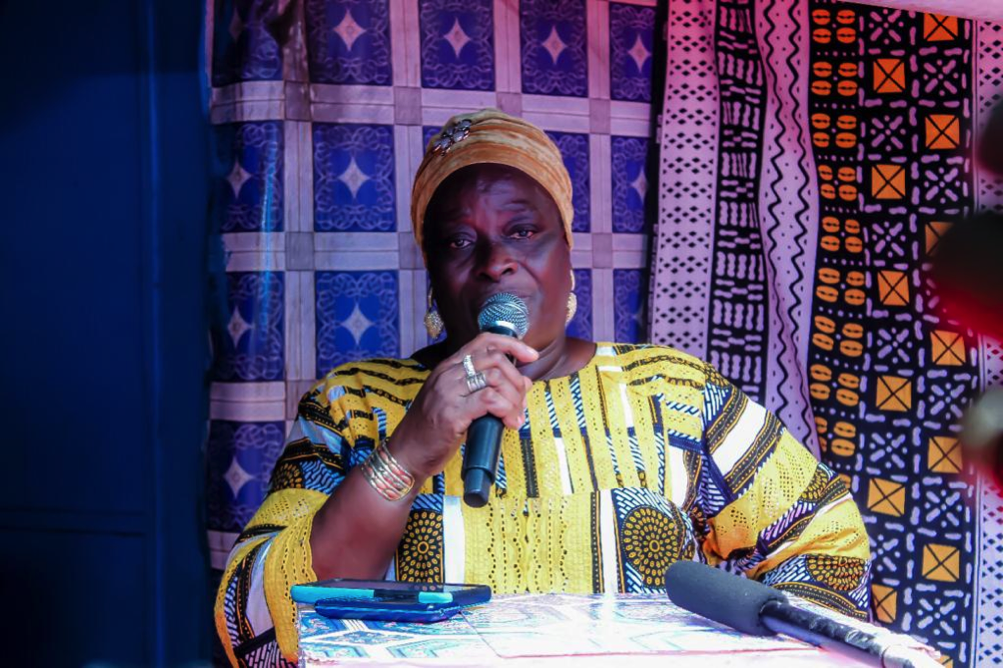 Lofa County Superintendent William Tamba Kamba has allegedly refused to handover one of the vehicles belonging to the only female Paramount Chief of Lofa County.

Making an appear on her behalf, Madam Satta Fofana Saah, the National Coordinator of Liberia’s Traditional Council, appeared to the local government officials in Lofa County and other counties to promptly hand over all items President Weah recently provided for chiefs in all fifteen counties to help them do their jobs better.

Madam Saah made the appear recently during a ceremony when the Traditional Women of Liberia honored Madam Marie Goreth Nizigama, the outgoing Country Representative of UN Women in Liberia.

Based on the information that some county leaders have failed to turn over goods, including vehicles, which the President made available to paramount chiefs in each county, the Traditional Council warned that if the local leaders did not hand over what was properly theirs to the chiefs, they would face the wrath of the Council.

All effort to get the size of Lofa County Superintendent failed as his phone perpetually rang with no answer.

To strengthen traditional authorities and health care delivery in the counties, President Weah recently invited chiefs from the counties and provided three (3) autos to each county: two Nissan HardBody, ten (10) motorbikes to chiefs and elders, and one Toyota Land Cruiser ambulance to each county health team.

Madam Marie Goreth Nizigama, the Country Representative of the United Nations Organization for Women’s Empowerment (UN Women), was awarded the CHIEF MAMA TORMA HONOR OF DISTINCTION for her outstanding service to the women of Liberia when she ended her tour of duty in the country.

The CHIEF MAMA TORMA HONOR OF DISTINCTION is in living memory of a fallen great traditional woman from Lofa, CHIEF MAMA TORMA, whose service to humanity is outstanding in Liberia.  According to the traditional women, the honor was bestowed upon the female diplomat for her distinct achievements for Liberia’s development.

Outlining the significant contributions of Madam Nizigama, Liberia’s Culture Queen, Ambassador Juli Endee intimated that the UN Women, during the stay of Madam Nizigama, made great positive changes for the traditional women, naming the promotion of empowerment for traditional women and enhancing the fight against gender based violence, as well as, increasing the fight to end female genital mutilation.

Making her acceptance remarks, the outgoing country representative of UN Women expressed her desire to see young girls and boys taught the positive aspect of Liberia’s rich culture, and the zoes to get engaged into economic activities and not to stay in the bush all through their lives.

She said from the beginning it was difficult to convene the zoes to leave those harmful traditional practices: “They were not happy but eventually, it is now a history in Liberia”, she said, “The traditional people are now focused on economic activities, business and education for girls, I am very proud and humble”.

In remarks, Madam Satta Fofana Saah, the National Coordinator of the National Traditional Council of Chief and Elders of Liberia, recommended to the departing country representative that UN Women consider supporting the Traditional Council to reach out to the remaining ten counties. She doing so would enable deal with the issue of genital mutilation (FGM) in totality, emphasizing that there should zero tolerance of FGM in Liberia.

While encouraging the traditional leaders to take charge of their responsibilities, Madam Satta at the same time called on the politicians to give to the traditional people what is rightly belong to them.