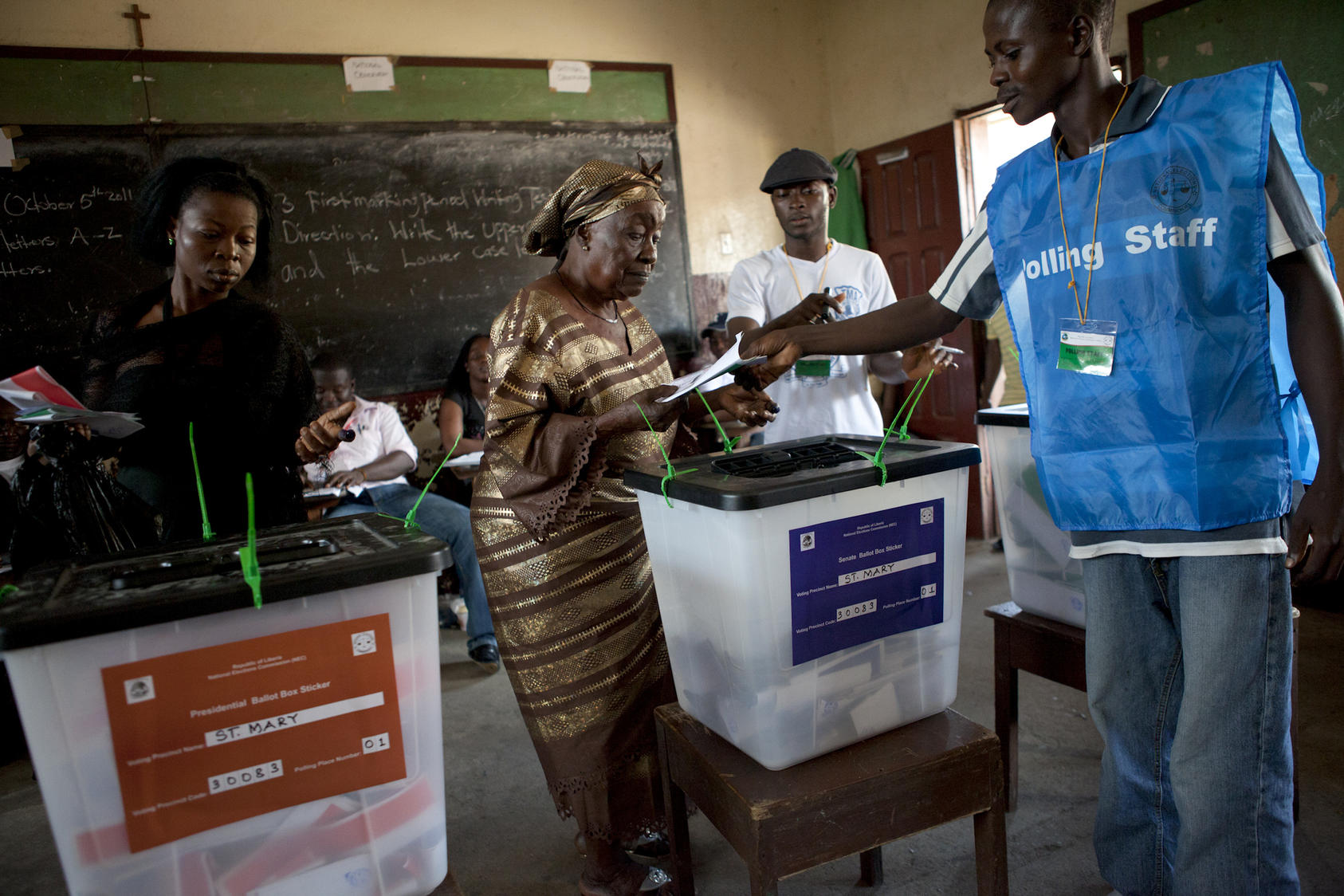 Liberians across the country yesterday exercised their constitutional right by voting for the candidates of their choice and for the referendum.

According to Women Voices Reporters, the voting process went on smoothly at most of the polling places on the Somalia Drive.

Helen Brown, after casting her vote told this paper that she voted for her choice.

Brown said that, she believed that the person she voted for will make a change, emphasizing that they want their children to go to school.

‘’You can vote for somebody and at the end of the day than that person let us down, so we are asking god to bless that person who will be elected because we want everything to be alright in this country,’’ she said.

Ma Korpo Brown also expressed excitement after casting her vote for both the Special Senatorial Election and the Referendum.

She said that the only way they can express their self is through the ballot which she just did. She stressed that her vote is her voice.

‘’I voted for the person who I believe will perform and work in the interest of the Liberian people. My vote is not based on sentiment but actualization and action,’’ Ma Korpo said.

According to Ma Korpo, she is 100% in favor of the 8 prepositions on the referendum, indicating that all 8 of the prepositions are in the interest of the Liberian people.

‘’I am of the conviction that my choice will make a good leader. The candidate I voted for have this country and people at heart and want to see the people live a better life. We want scholarships for our children to attend the best of schools and somebody that will give us loan to do business’’, she said.

Meanwhile, elderly people were seen expressing interest to vote more than the young people and most first time voters.

On the other hand, the elderly of the physically challenged people including the blind, baby’s mothers, pregnant women were given preference to vote.

Many voters expressed dissatisfaction on the lack of civil education on the referendum.

At the New Life Christian Academy in Kaba Town, Precinct 30169, polling place 2, polling staff were seen educating voter on the referendum before casting their ballot.

Liberia Democracy: The Pickle Of The Liberian Senate, Justice Ministry And...