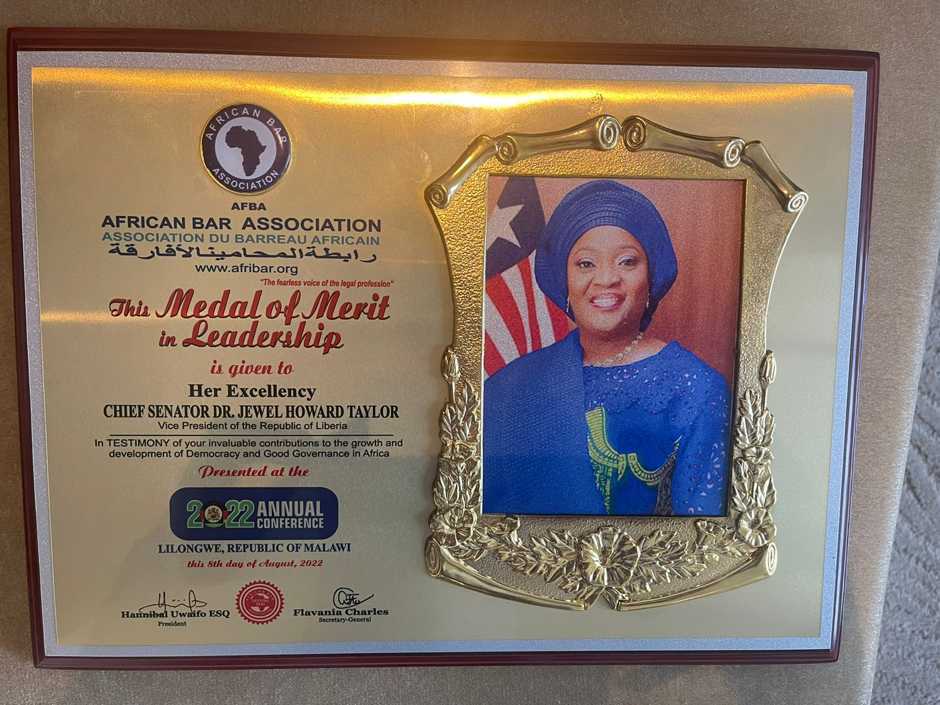 The President of the African Foreign Business Association (AFBA), Hannibal Uwaifo, Esq., was the one who presented the Award to Vice President Taylor. He stated that AFBA was overjoyed to present its highest honor of merit to the Liberian Vice President because over the years she has demonstrated excellent leadership both in Liberia and in Africa as a whole. Vice President Taylor was very appreciative of the honor.

He praised her as an intelligent, altruistic, and remarkable leader who is an example of what Africa might become in the future. According to him, Vice President Howard is encouraging women in Africa to pursue leadership roles in all aspects of life, and she has remained outspoken on problems relating to women’s rights and gender-based violence in Liberia as well as across the entire African continent.

Veep Taylor, while receiving the accolade, stated that she was honored yet humbled by the particular recognition that was bestowed to her, and she made a pledge to continue working with pride and dignity for the sake of Liberia and Africa. She gave the impression that the accolade should be bestowed upon the people of Liberia as well as the ladies of Africa.

The opening ceremony of the conference was graced by Malawi President Lazarus Chakwera, as well as a number of other government leaders, international dignitaries, legal luminaries, business leaders, trade unions, and human rights organizations, among other groups.