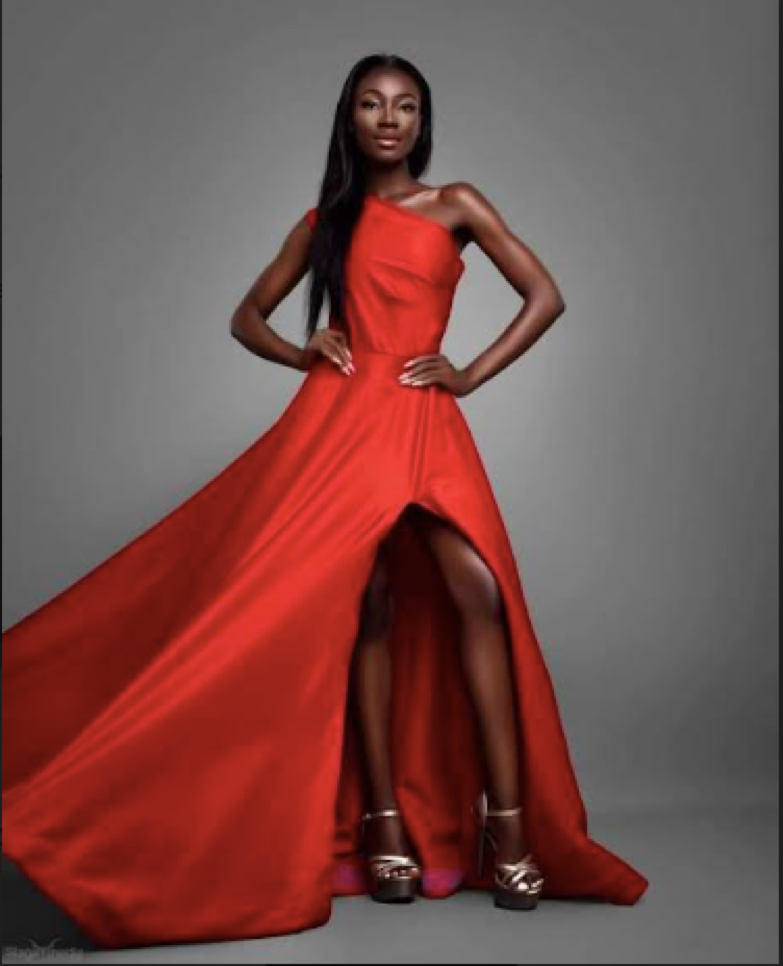 The twenty-one-year-old native of Rivercess County in South-Central Liberia, a student at the African Methodist Episcopal University (AMEU) who is also said to have originated from Nimba County, given that her parents (father) Vonlehtay Vonleh are from Gbor Wehplay, Nimba County, was crowned the Miss Liberia 2022 during the early hours of Sunday morning after weeks of rigorous mentoring and modeling sessions as well as a voting process.

She triumphed over the other contestants, Miss Kindness Wilson of (Grand Gedeh County) as 1st Runner-up and Miss Joicet Jartu Fodey of (Grand Cape Mount) as 2nd Runner-up, to succeed the beautiful Nimba County Model, Wokie Dolo, who had held the title for the previous five years when she won it in 2016.

They have been held as a prisoner to the situation ever since then.

At the conclusion of the twelve-hour event, Verolyn provided entertainment and delighted both the panel of judges and the audience. As a result, she was awarded prizes that were sure to whet your appetite. She will compete in the Miss World 2023 pageant on behalf of Liberia the following year.

During an interview with some news reporters, the overjoyed contest winner remarked, “I am really thrilled, and I plan to use my position to put smiles on the faces of children’s faces and focus on other social concerns soon.”

After competing in the preliminary round of the pageant, each of the fifteen stunning women representing one of Liberia’s fifteen counties earned a spot in the pageant’s final round, which consisted of the following categories:

As soon as the competition began, the crowded hall of the Centennial Pavilion came to life with raucous audiences shouting for their preferred candidate.

The contestants kicked off the day by participating in a routine drill, much to the delight of the spectators who packed the Centennial Pavilion Center in Monrovia to capacity. This was the case despite concerns that other events taking place in and around the capital city will detract from the prestige of the most important beauty pageant in the country.

It is possible to recollect that on May 13, 2022, the 25th edition of the Miss Liberia kick-off was conducted at the Monrovia City Hall. During this event, four contestants from the counties of Maryland, Grand Gedeh, Grand Cape Mount, and Montserrado were eliminated from the competition.

It was a night filled with culture, entertainment, and competition, and some of Liberia’s most famous celebrities, fashion promoters, and socialites were featured as they attended the occasion, which also recognized both historical figures and contemporary figures.

XL Entertainment is in charge of organizing the event, and they have received approval to do so from the Ministry of Information, Cultural Affairs, and Tourism (MICAT). Zubin Cooper, Chief Executive Officer of XL Entertainment and Director of the Pageant, stated that the purpose of this year’s competition is not only to crown a new Miss Liberia but also to revitalize the pageant’s reputation.

He continued by saying, “The process needs to be free, fair, and transparent in order for Miss Liberia and the contestants to have credibility and the full support of all Liberians.”

He mentioned that at XL Entertainment, “we are determined that this process will not only be free, fair, and transparent but will engage and commit that going forward there will be a system and structure in place that others will follow so that this will set the stage for a new era for Liberia in pageantry.” He was referring to the Miss Liberia Pageant.

According to him, the competition included a public voting component that accounted for forty percent of the total votes, while the judges were responsible for deciding sixty percent of the winners.

Cooper added that the host has also employed a technology partner known as MWETANA Consulting Group, and together, they have designed a Miss Liberia App, which is scheduled to be released on June 4th, as well as a digital machine platform for the judges.

RPI boosts fight against COVID-19; donates over 100 oxygen regulators to...