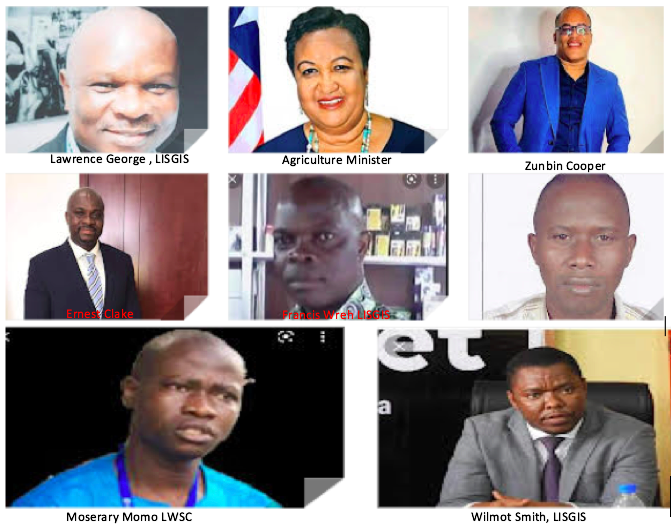 Cllr. Edwin Kla Martin, the Executive Chairperson of the Liberia Anti-Corruption Commission (LACC), has issued multiple investigation reports to the public. In these reports, he has demanded that several government officials be prosecuted for corruption.

During a press conference over the weekend, Cllr. Martin stated that in the course of their work, officials from the Ministry of Agriculture, the Liberia Institute of Statistics and Geo-Information Services, the Liberia Water and Sewer Corporation, and the Planned Parenthood Association had broken the law.

LACC said, Agriculture Minister Jeanie Cooper is accused of awarding contracts to her brother Zubin Cooper and using agricultural commodities for her own personal gain. According to the in-depth findings presented by the country’s Chief of Anti-Corruption Investigations, the Agriculture Minister also gave contracts to Farbrar, a firm in which she has beneficial ownership and to which she gave contracts. Minister Cooper has since dismissed all allegations corruption and denied any wrong doing.

Cllr Martin also informed the Liberian people that at the Liberia Institute of Statistics and Geo-Information Services (LISGIS), the Director General Francis Wreh, as well as his deputies Wilmot Smith and Lawrence George, violated several laws in the process of purchasing second-hand generators and tablets for the upcoming census.

In the instance of the Liberia Water and Sewer Corporation, the LACC has accused the Deputy Managing Director, Moseray Momoh, of illegally disposing of public assets and transferring the profits to his own use. As a result, Momoh has been charged with Economic Sabotage by the LACC.

The Executive Chairperson of the LACC stated that the officials from the four agencies will be prosecuted on allegations of abuse of office, theft of property, conflict of interest, and economic sabotage respectively. It is expected that the Ministry of Justice will in the coming days proceed to court to prosecute the accused officials.

The head of Liberia’s Anti-Corruption Commission has stated that his organization will maintain its efforts to combat instances of corruption throughout the country.