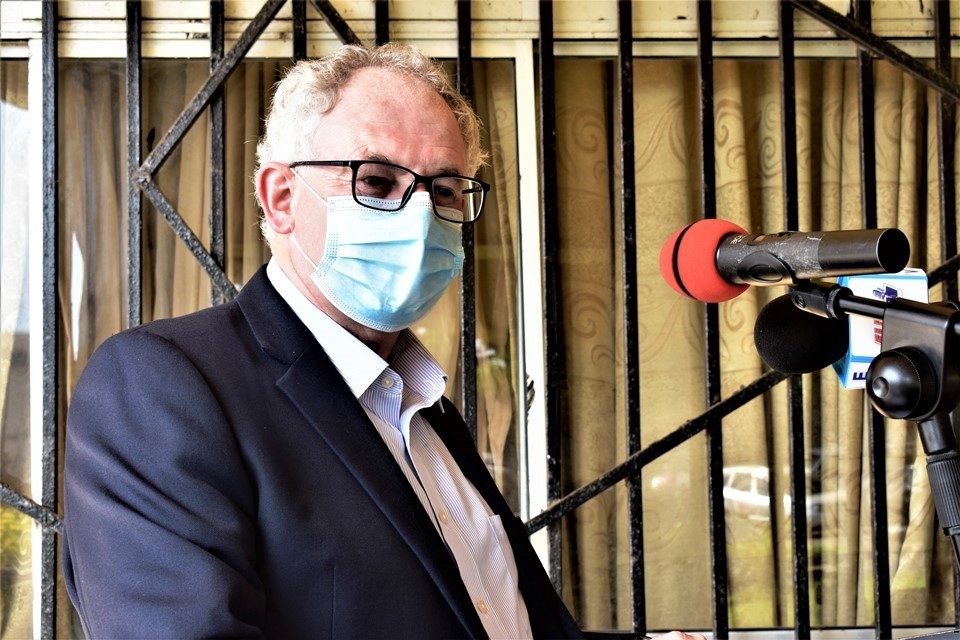 The Chief Executive Officer of the Liberia Electricity Corporation (LEC), Paschal Buckley, says community dwellers in Monrovia and nearby areas will have to desist from the act of power theft, as government works to expanding electricity supply.

Recently, the Government of Liberia and the management of LEC signed an agreement intended to extend power supply to needy communities and others with damaged transformers.

President George Weah has approved nearly US$2 million for the procurement and subsequent importation of at least 80 pieces of transformers that are expected to be installed by LEC in communities across Monrovia and its environs.

Addressing a news conference Monday at the Ministry of Information Cultural Affairs and Tourism in Monrovia, Mr. Buckley said LEC will begin the installation of electrical transformers next month when the first batch of 40 transformers arrive in the country, to be followed by 10 others in January.

“If you’re illegally connected to LEC you can expect to be disconnected and to seek a legal connection. If LEC tells you that you cannot connect because the transformer could be overloaded, now you have to wait for a transformer,” said Buckley.

He cautioned residents who already have transformers in their areas to help protect the vital energy equipment and help report power theft, which he said could also eventually lead to power outage in affected places, causing discomfort and sometimes outrage.

“If you need a meter, register for an LEC meter and get on the LEC list as quickly as possible,” he intoned

He added: “As these transformers are installed, the responsibility to ensure the safety and security of each and every transformer falls on every dweller in those communities because they are the ones who experience discomfort when there’s no electricity,” he emphasized.

The LEC loses about 62 percent of its revenue, amounting to nearly over US$4 million to power theft by unscrupulous residents – an intake that could have been used to transform lives, either by triggering electricity connections to more homes, businesses, health facilities and schools.

In August, the Liberian Senate enacted a law under which power theft is punishable as a felonious crime. The bill was proffered by President Weah who sought to deter power theft which harms the economy. greatly.