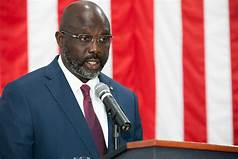 The Republic Liberia through President George Manneh Weah, has sent a message of congratulations to His Highness Sheikh Nawaf Al-Ahmed Al Jaber Al-Sabah, Emir of the state of Kuwait on the occasion commemorating the that country’s 60th National Day Anniversary.

“As Liberia join you and compatriots in observing this historic occasion, it is my utmost prayer that the bonds of friendship and cooperation so happily subsisting between our two countries will be further strengthened for the wellbeing of our two countries and people”, President Weah  stated.

The Liberian president further prayed that the Almighty Allah will continue to endow His Highness with abundant wisdom, strength and good health as he continues to lead his people to nobler heights.