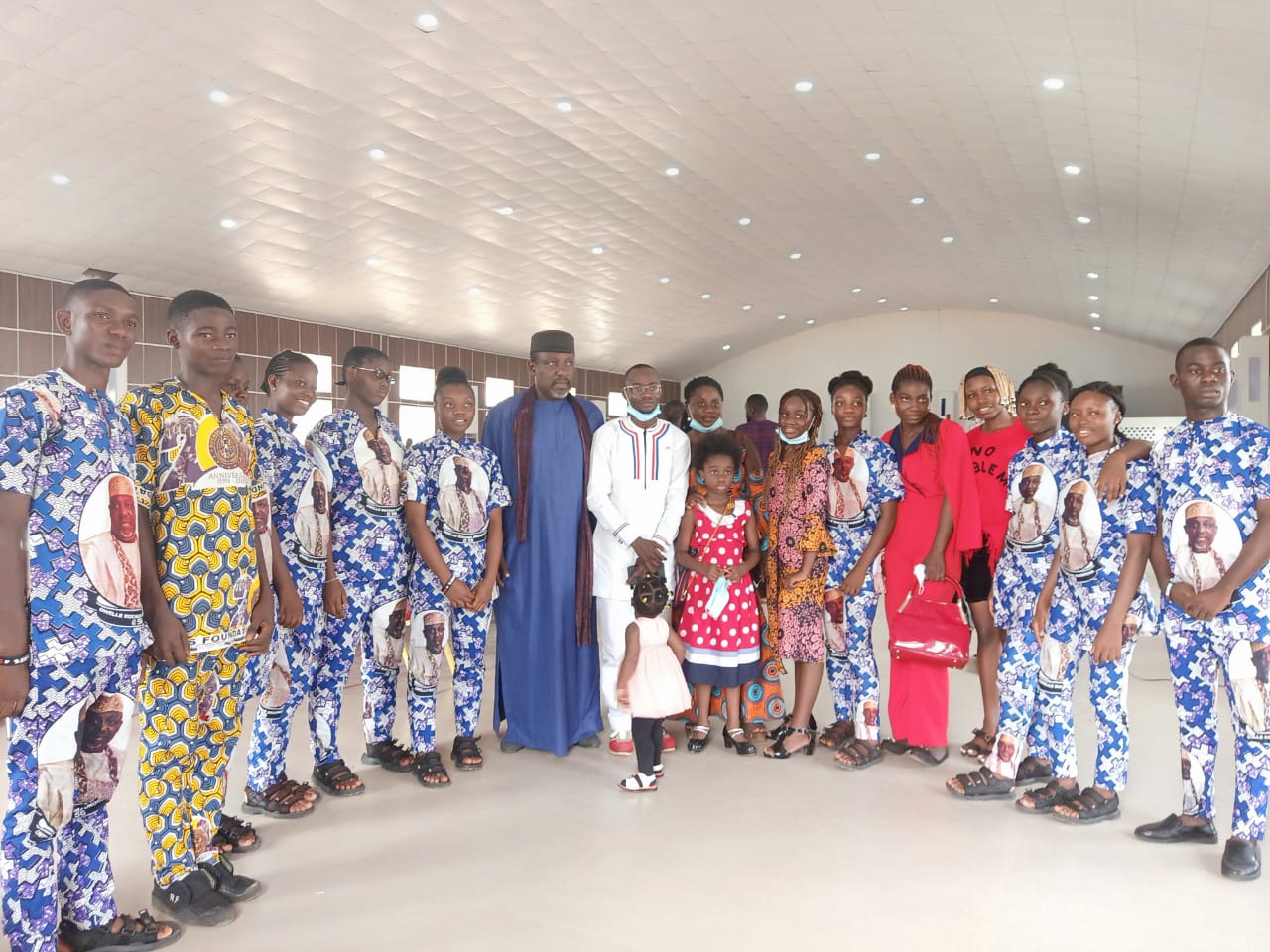 Owerri, Nigeria – Ambassador Al-Hassan Conteh has admonished Liberian students enrolled at the Rochas Foundation College of Africa (ROFOCA) in Nigeria to persevere in pursuing their education for a bright future.

The Rochas Foundation selected the ten teenagers in two batches in 2017 as part of a scholarship program for indigent and orphaned African children.

According to a press release from the Abuja Mission, Ambassador Conteh, in a Special Christmas and New Year’s Day massage, reminded the youths to study hard to be part of the Liberian nation’s future human capital needed for development and prosperity.

He encouraged them to seize the opportunity of free education provided by the Rochas Foundation to unleash their individual potentials in their fields of interest.

Mr. Nat Bayjay, the Minister Counselor for Press and Public Affairs of the Liberian Embassy in Nigeria, delivered the Ambassador’s message and assorted gifts to the students on New Year’s Day in Ogboko Ideata South, Imo State, Nigeria.

Along with dozens of other children from African countries, the Liberian teens are receiving free education, room and board from the Foundation founded by the former Governor of Imo State, now Senator Rochas Okorocha.

Aged between 10 to 17 years, the students are Musu M. Massaquuoi, Hawa M. Karsieh, Ida T. Suehn, Abdullai Farsarwuo, and Kokulo S. Mulbah, who are now in the 10th Grade at the school.

The others are Ninth Grade students Martha M. Banto, Rita Baryogar, Obediah Bondo and Esther K. Salee, and Blessing Ballah, who was promoted to the eighth grade.

The Minister Counselor’s visit to the students was part of the Abuja Mission’s outreach to Liberian students in the wake of the COVID19 Pandemic, to assure them of the Liberian Government’s support.

According to the release, the Liberian diplomat encouraged the kids to focus on their studies bearing in their mind that their performance would also make their country proud.

Meanwhile, Ambassador Conteh, on behalf of President George Manneh Weah, expressed profound gratitude to the Founder and Vision Bearer of the Foundation, Honorable Rochas Okorocha, for his humanitarian gesture towards the Liberian and other schoolkids from other African states.

In response, Senator Okorocha expressed his gratitude to God for using him to help less privileged children from Africa. He then thanked Ambassador Conteh for identifying with the children at such a very difficult time.

Now a Senator representing Imo State’s West Senatorial District at the National Assembly in Abuja, Honorable Okorocha is the immediate past Governor of Imo State. He established the Rochas Foundation as a charity comprising a network of schools all over Nigeria that provide scholarship and succour to less privileged children from Nigeria and other African states.