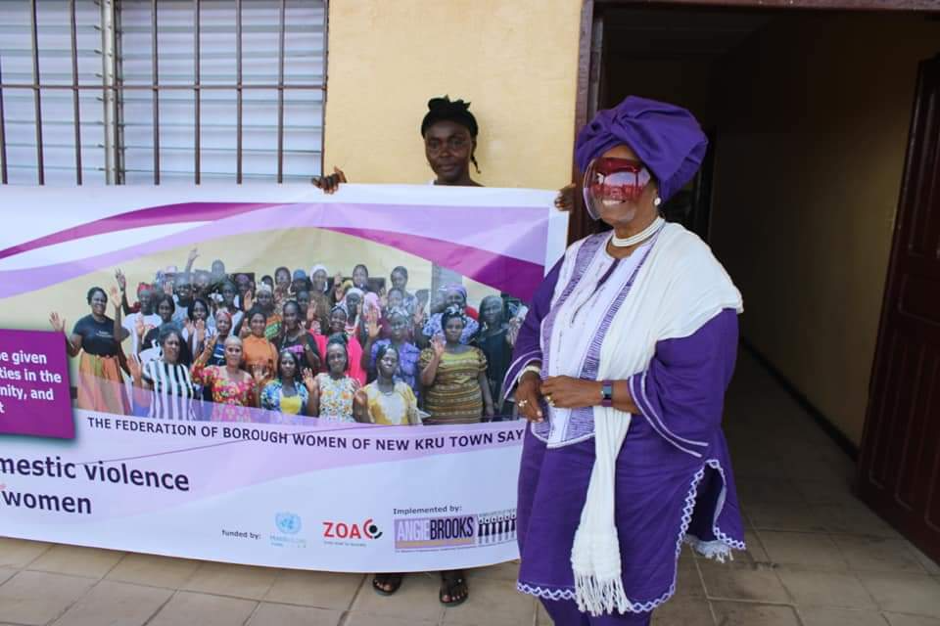 “The Road to 2023 Presidential and Legislative Elections: Ideas, Evidence, and Strategies to Rethink Response Frameworks for a Peaceful Outcome,” is the focus of the discussions. According to ABIC’s press release, the event will run from May 2–6, 2022, and will be held at the C. Cecil Dennis Auditorium, Ministry of Foreign Affairs on Capitol Hill.

The release said, the event is geared towards sustainable and inclusive peace in Liberia through promoting women’s leadership and participation in civic and political life and their strengthened role in conflict resolution.

ABIC also stated that the event is part of ABIC’s interventions under their flagship programme, the Women’s Situation Room (WSR).

The WSR is a mechanism that lobbies political actors and mobilizes women and youth to promote peaceful and democratic electoral processes. The WSR also promotes the participation of women in peace building, in line with United Nations Security Council Resolution 1325.

ABIC also indicated that it has been acknowledged as an effective mechanism for promoting peaceful elections by the United Nations Security Council and by the African Union, which requested that the WSR be implemented in all African elections, emphasizing that the neutrality of the WSR mechanism is never compromised.

In Liberia, the type of local peace-building efforts towards an election has determined the type of political climate before, during, and after election periods, the release said.

The release stated that in the immediate period following the 2020 December midterm senatorial elections, ABIC, through working with leaders, women, and youth in 20 communities in Bong and Montserrado Counties, has monitored and documented a series of reoccurring violent cases in electoral cycles in Liberia.

The ABIC believes that cases have shown the evolving dynamics of electoral violence, which requires a multi-stakeholder approach to be addressed ahead of 2023, stressing that, from all indications, the 2023 elections will be the most intensely contested elections since the return to democratic governance after the civil war.

ABIC, in the document, maintained that Liberia is the pacesetter in democratically electing a woman as head of state to serve 2 consecutive terms of 12 years in total. It is against such a backdrop that it is expected that more women will be encouraged to aspire, show up, and contest elections, adding that “Yet gender-based political violence and harassment have become deeply rooted within Liberian society, where personality-based politics is more pronounced than issue-based politics.”

“This is further compounded by social norms about the domestic roles of women, which results in unfair and unjustifiable intimidation and attacks on women in elections, swinging them on a pendulum of unequal power relations,” ABIC alleges. “One such concrete occurrence is the use of esteemed traditional practices to harass female candidates during elections, with the potency to destabilize the country politically,” ABIC asserts.

The Center said, the corruption of traditions is a 100-step backwards in terms of inclusive and equal power relations in elections. The session will address negative perceptions and norms that undermine women’s confidence in voting for fear of being bullied with practices that are supposed to be sacred within the traditional setting.

According to the project document, a total of 100 chiefs from 20 communities in Bong and Montserrado counties will be in attendance, including stakeholders from the Ministry of Internal Affairs, Ministry of Justice, the Traditional Council of Liberia, and the office of Senator Borto Konneh, among others.

The release further stressed that, against the aforementioned backdrop of gender-based political violence and harassment, the mediation dialogue will look at ideas, evidence, and strategies to manage the expectations of political actors, parties, and supporters whom the election results do not favor because, during the past elections, including by-elections, losing male candidates often turn to violence against their female contenders, sometimes forcing them to concede early defeat with mounting pressure to preserve the peace in their electoral districts.

“Strategies will be drawn out of the discussions on rethinking the approaches to managing the expectations of candidates. Women remain the bulk of the voters who elect lawmakers. Yet their participatory roles have been deconstructed within the confines of political party supporters and voters,” the statement said.

According to the release, through the activities of the WSR mechanism, women’s role in Track II diplomacy has been enhanced, taking into consideration the lobbying of standard bearers to remain peaceful in their statements and countenance before, during, and after elections. The discussions will be centered on how women can rethink strategies to take ownership of the peace of their communities ahead of the 2023 election.

ABIC also noted that the youth remain the faces and perpetrators of violence in any given election as actors on behalf of political candidates. As such, the session will give them the opportunity to relook at the narrative they create for their electoral participation and also allow them to address some of the challenges they face, including their association with electoral violence and how they can be supported to channel their energies towards peace before, during, and after the 2023 presidential and legislative elections.

ABIC said that the last day of the session will bring all stakeholders from the preceding four (4) sessions together to develop concrete, abiding steps for response frameworks towards peaceful 2023 presidential and legislative elections.

“These consultations will help to outline expectations related to the upcoming 2023 elections as well as identify key barriers and entry points for women’s inclusivity towards sustainable, peaceful elections, and the WSR mechanism remains committed to implementing activities that affirm the central role of women in conflict resolution and local peace building,” the release concludes.