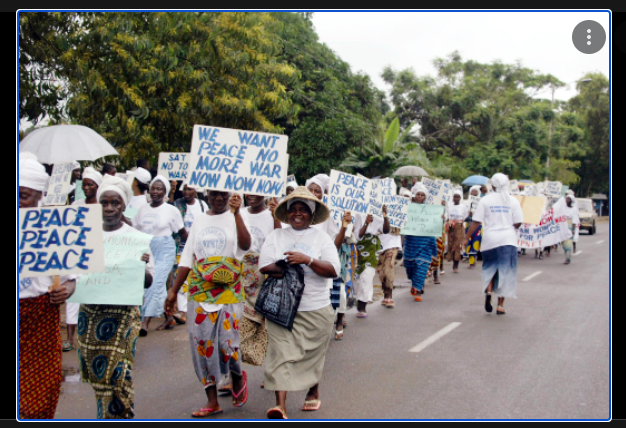 On the afternoon of May 25, 2022, women from all walks of life in Liberia will come together to stage a mass action in order to bring attention to issues that they view as having the potential to be disruptive to the peace.

The women are highly concerned about the recent events that have taken place in their nation because they believe that these events could endanger the peace and start violence not only in Liberia but also in other countries in the ECOWAS sub-region. The women issued a press release from Monrovia yesterday, May 24, 2022, in which they highlighted a number of things that they believed to be warning flags and to which they wished to draw the attention of the government and other stakeholders.

The women stated that the circumstances that led to the postponement of the by-election in Lofa County, the widespread spread of gender and sexual-based violence, the issue of mysterious killings, the increase in prices, and the hoarding of basic commodities in the Liberian market are among the concerns that women believe are not being handled adequately and could cause a violent situation in the country.

“The issue of mysterious killings, the rise in prices, the hoarding of basic goods on the Liberian market, and the postponement of the by-election in Lofa County are all strong early warning signals,” they said.

The women, speaking under the banner of Women of Mass Action for Peace, stated that after discussing the potential dangers to Liberia’s peace, they came to the conclusion that there are a few things that can be done to ensure that the peace is maintained. The women stated that on May 25, 2022, they would dedicate the women’s prayer center to peace, fast for 14 days, pray for peace, raise the flags of 15 countries, as well as the flags of Liberia and ECOWAS, and thank the President of the Republic of Liberia for building the women’s center. In addition to this, they stated that they would participate in community engagement activities and the Show Love Campaign, and that they would also present a resolution to important stakeholders.

“After thinking about these early warning signs, the Liberian women of Mass Action for Peace have decided to do the following: the hoisting of the 15 country flags, Liberia and ECOWAS, a 14-day fast and prayers, the dedication of the women’s prayer center for peace, special thanks and appreciation to the president of the Republic of Liberia for building the women’s center, community engagement and the Show Love Campaign, and a resolution on peace.”

The women are issuing a call to action to the government of Liberia, which is charged with ensuring the safety and consistency of the state, to take immediate action to address the concerns raised by the early warning system.

In addition to this, they demand that all political parties and leaders ensure that everyone participates in political activities and procedures in a manner that is both just and nonviolent. In their conclusion, the women of Liberia say, “The women of Liberia call on all Liberians and foreign partners, as well as residents within the ECOWAS sub-region, to join us in safeguarding the peace and stability we have maintained over the past