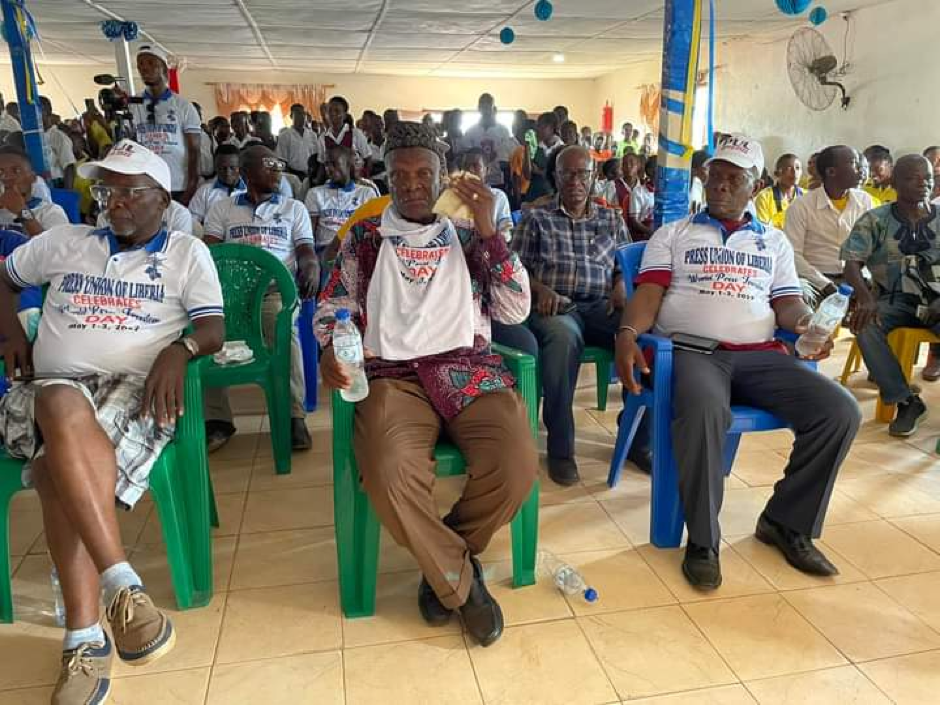 The keynote speaker of this year’s World Press Freedom Day Celebration observed that the independence of the free media in Liberia is faced serious threat. Mayor Jefferson Koijee warned that if care is not taken the political ownership of media institutions in Liberia would undermine the integrity and independence of the media.

The young politician said the Liberia independent media is faced with another kind of threat, which he said is coming from the ever-increasing political ownership of the media in Monrovia and across Liberia; indicating that with the rise of the digital age, the Press Union of Liberia or independent Liberian journalism is at a crossroad. Solid independent journalism is under threat.

“Today, the Liberia independent media is faced with another kind of threat. It is coming from the ever-increasing political ownership of the media in Monrovia and across Liberia. With the rise of the digital age, the Press Union of Liberia or independent Liberian journalism is at a crossroad. Solid independent journalism is under threat,” the the keynote speaker observed.

He recognized that the government and the media have a symbiotic relationship, like the teeth and tongue, and must coexist for the betterment of our common patrimony and democracy. Koijee said there is a need for mutual respect and collaboration to promote national development and unity.

“I must also speak to the agencies of government to desist from lip service, but take concrete action to redress cases of brutality by state security forces. Well over a year ago, the President H.E. Dr. George Manneh Weah set up a presidential investigation committee headed by Presidential Advisor, Dr. Lawrence Bropleh. But after over a year now, there is no outcome of the probe, no findings have been made public. We need to work together to continue to encourage and build public trust in the local media,” he said.

To address the above concern, Major Koijee recommended that the accreditation process of media institutions within the country should not be solely left with the government. He wants the Press Union of Liberia (PUL) to form part of the process where the Union would conduct a pre-vetting of all requests for accreditation of media institutions, print or electronic and submit the outcomes afterwards to the responsible government institution(s) for consideration.

He also recommended that an independent body, preferably a board or committee, comprising citizens with the moral rectitude and integrity, technical expertise, and experience to serve as a watchdog over the media since the media serves as the watchdog of society.

Major Koijee, who is also the Chairman for the CDC Youth League, used the occasion to frown on journalists and media institutions who use their platform for political broadcast.  “That the PUL strengthens its measures on journalists and media practitioners who use their platform purely for political motives in gross disregard for their ethical responsibilities thus compromising their independence”.

Speaking on transparency and accountability of the digital media, he said it doesn’t just refer to excellent and independent reporting, but also self-examination. “As much as the Government has a duty to ensure free press, the Media to have a duty to responsible reporting. To utilizing the media landscape for any less then promoting high standards of journalism, would set the stage for unprofessional and bias coverage or reporting. And this could lead to maligning of innocent people’s character to national hate and tension. The Media must never have allowed itself to be used”.

As head of the Monrovia City Government and Liberia’s Mayor Council, Koijee used the medium to call on the PUL set up a PUL Media Council on Waste Management to work with city governments in all of the 15 counties and sensitize their population on the need to take responsibility for waste which could become a national health and security threat.

In closing, Mayor Koijee made public commitment to press freedom by saying: “I wish to make a firm commitment to support the PUL to work against Digital Siege in Liberia. This commitment goes beyond me being the Mayor of Monrovia, an official of government or outside of government. This is my declaration: 8 That I would be a Champion of Countering Journalism Under Digital Siege in any form, shape or manner in my country irrespective of my status, creed, position or location in my country or under the globe. By this declaration, I am citing the collective commitment of the government to press freedom. In support of promoting transparency and independence of the Liberian media.”