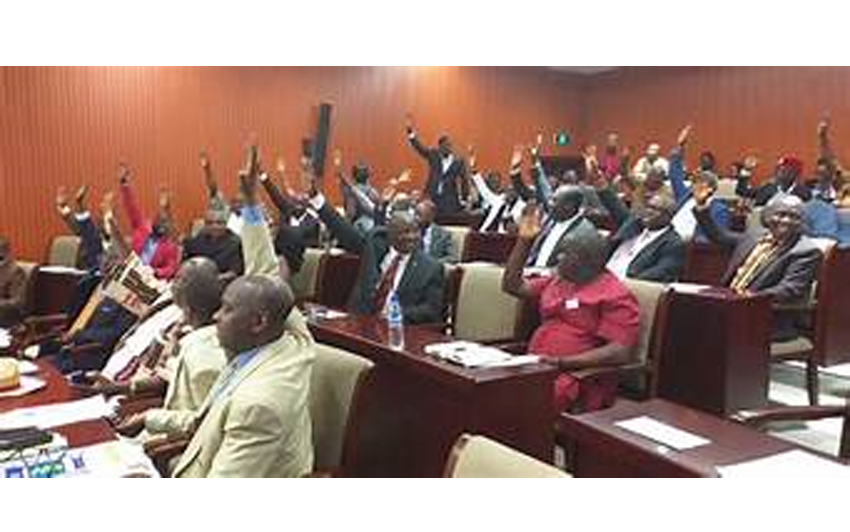 The United Nations in Liberia, ECOWAS, the EU Delegation and the Embassies of the EU Member States including France, Germany, Ireland, Spain, and Sweden, the Embassy of Canada, the Embassy of Norway, the Embassy of Switzerland, and the Embassy of the United Kingdom of Great Britain and Northern Ireland commend the Government and people of Liberia for recognizing the chronic underrepresentation of women in politics and proposing legislation to improve the gender balance in political participation and to reduce barriers to women being elected.

In a joint-statement issued recently, Liberia’s international partners further welcome that these proposals form part of a broader set of electoral reforms, which aim to improve the administration of electoral processes in Liberia, noting that despite years of effort to bring more women to elective office, including the Legislature, their representation remains low.

In December 2020, the international partners recalled, women accounted for just 20 out of 118 eligible candidates in the Special Senatorial Elections and only 1 has been certified so far, stating that the proposed amendments to the Elections Law are the result of a widespread consultative process with the people of Liberia, whose outcome underscored the necessity of establishing gender parity targets.

“More inclusive institutions can contribute to overcoming current inequities and upholding the tenets of democracy to which Liberia subscribes and advancing national development,” the partners observed.

They expressed appreciation for the efforts of the Legislature in formulating people-centered and progressive gender-responsive legislation.

“We urge the 54th Legislature to support the proposed electoral reform bill submitted by the National Elections Commission Page 2 of 2 seeking concurrence on an amendment of Sections 4.5.1 a,b,c,d,e to institute an enforceable 30% gender quota on candidate listings and the leadership of political parties and coalitions,” the partners emphasized.

They reminded the lawmakers that the recommendations for an enforceable, unambiguous gender quota were put forth by the legislators’ constituencies through what they call inclusive and substantive consultations, adding, “and we are confident that you will uphold the will of the people of Liberia in introducing gender parity for electoral office.”

“We note that this bill represents a unique opportunity for Liberia to address the longstanding issue of underrepresentation of women in politics,” the international partners said, noting that the bill echoes the aspirations of the international conventions and treaties to which Liberia is a signatory, in particular the Convention on the Elimination of All Forms of Discrimination against Women and United Nations Security Council Resolution 1325.

According to the partners, the proposals also reflect the recommendations of a number of domestic and international experts, who have observed recent electoral processes in Liberia.

“We again recall the commitments made by the President, His Excellency George Manneh Weah, to ensure gender balance in political life and the PAPD’s stated objective to increase the political participation of women,” said the partners, who disclosed that they will continue to follow closely the electoral law reform process in Liberia.

“We are confident of the Legislature’s commitment to ensuring women’s equal access to and full participation in decision-making,” the international partners concluded.

Over 58,000 females to vote in by-elections in four counties