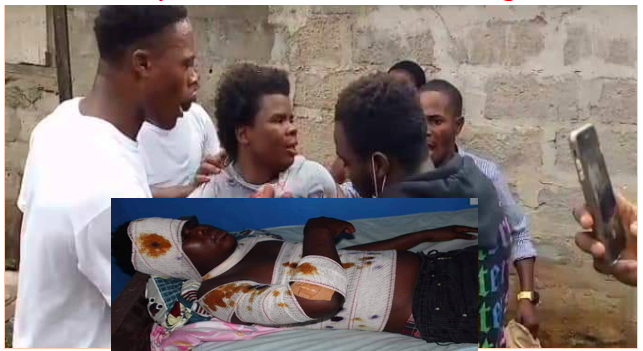 Numerous civil society actors have accused the Liberian National Police of being too hesitant to make any arrests in the July 26, 2022 street violence that resulted in the injuries of university students who had gathered on Tuesday morning to petition their government about what they described as the government’s failure to fix the nation.

Cristopher Walter Sisulu Sivili, who was one of a number of students who were mistreated during the July 26 riots in Monrovia between pro- and anti-government protestors, remains in critical condition. According to family members who spoke to Womenvoices, he has not reacted to treatment since his admittance to a local health facility in Monrovia.

The students, who were organized by the campus-based Student Unification Party (SUP), were met with opposition from the pro-government CDC-CoP, who claimed that Weah’s administration was reforming the country.

Since the incident, calls have increased for the Liberian National Police (LNP) to bring the perpetrators of the assault to justice.

However, the LNP is instead conducting an investigation into the professional standards of the officers who responded to the July 26 riot.

In a press release, the LNP stated that its leadership takes seriously video footage that shows one of its policemen laughing amid an ongoing unrest situation.

“According to the new Police Act of 2015, all implicated officers will be investigated and disciplined accordingly.” The LNP administration remains dedicated to ensuring that justice is done in relation to this most recent event, according to the statement.

Meanwhile the the National Civil Society Council of Liberia (NCSCL) has strongly condemned Coalition for Democratic Change-Council of Patriots (CDC)- COP, for what its describes ad barbaric act, branding it as a looming threat to the current peace and stability the country currently enjoys.

In a statement, signed by the council’s chairperson, Madam Loretta Alethea Pope Kai, stated that the council “sees the action of the CDC-COP as a looming threat to the current peace and stability the country currently enjoys, which came as a result of huge sacrifices made by Liberians and the international community, who spent billions of dollars of their taxpayers’ money on bringing peace.”

According to the Council, the CDC-actions COP’s are in violation of Liberia’s Constitution’s Articles 15 and 17, which provide the freedom of expression and the right to peaceful assembly in a responsible manner. As a result, the government must have the guts to launch an investigation.

“The Council consequently requests that the Liberia National Police (LNP) begin an investigation and prosecute individuals responsible for violating human rights. The Council won’t stand by and let the nation be destroyed since it is a voice for the voiceless and a source of hope for the despairing. Liberians cannot afford for their nation to become embroiled in yet another political dispute over perceived favoritism towards peaceful residents,” the statement said.

The Council further stated, “We also call on the International Community and Liberia’s development partners to swiftly act into this oncoming peril that has the potential to reverse the gains accomplished.”