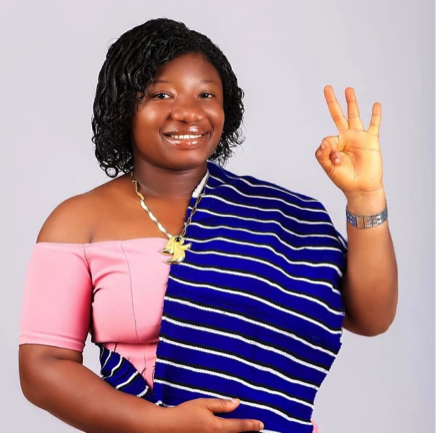 Madam Abigail Laikarnue Kou Freeman, the lone female candidate in the Nimba County District #1 By-election slated for 16 Novmber, has complained of being humiliated by supporters of Independent Candidate, Samuel Brown.

Ms. Freeman who is contesting on the ticket of the Movement for One Liberia (MOL) also complained about increasing violence being allegedly orchestrated by supporters of Mr. Samuel Brown, an Independent Candidate, who allegedly continue to throw stones at her whenever she carries out her campaign activities.

In an exclusive interview, Madam Freeman alleged that supporters of Mr. Brown are in the consistent habit of stoning her vehicle whenever she’s in the field campaigning.

She claims the activities leading up to the impending Nimba by-election are marred by creeping wave of violence, something she said is hampering her campaign activities in the county.

“As the only female candidate and the youngest in the Nimba County by-election, I’m faced with a huge challenge, as supporters of other candidates continue to humiliate and attack me and my supporters on a daily basis,” said Ms. Freeman, who emphasized that in spite of these, our campaign message is clear – “that is we are in the race to flag out some of the issues affecting our county and to give women and the young people the voice in the society.”

Ms. Freeman intimated that the Independent Candidate, Samuel Brown is hugely being supported by mostly the elders and the People Unification Party (PUP) whose leader is presently in the county campaigning for him.

“We are not deterred, we will press on for women and the young people to be represented so that our voices can be heard,” she added.

She intoned that despite the stone-throwing by supporters of other candidates; she remains resolved and continues to play a motherly role in the county to ensure that the peace is maintained.

“I have complained to officials of the National Elections Commission (NEC) here in Nimba County and the Liberia National Police to investigate the level of violence surrounding the by-election,” Ms. Freeman said.

It can be recalled that during the December 2020 Special Senatorial Election, Madam Edith Gongloe-Weh faced similar situation in Nimba when she complained of being humiliated by Senator Prince Y. Johnson and his supporters.

At the same time, several women in Nimba have expressed fear over what they called heightened violence against women whenever they attempt to contest an elected post in the county.

Howbeit, the women said this time around, they will rally support for the youngest and lone female candidate, Ms. Freeman to ascend to the legislative position.

“It’s time for the women and the young people to come on board with new dynamism so as to change the status quo, flag out issues affecting our county; we are in the race for women empowerment, time for female representation, Abigail Laikarnue Kou Freeman, 25, said.

Quizzed as to what motivated her to join the male dominated Nimba County legislative race considering her age, Ms. Freeman said, “I’m motivated by my passion to serve my people, to help flag out the many issues confronting our district and county and the country at large. Over the years women have being left behind in national politics in Nimba, the young people cannot be heard and that is our motivation.”

The youthful female candidate is at the same time appealing to well-meaning Liberians mostly those from Nimba to support her in her endeavors as she needs t-shirts, flyers and money to launch her campaign this Saturday.

The 25-year-old female candidate in the Nimba County by-election race is self-employed.

From June 27, 2020 to present, she has networked with grassroots activists dedicated to championing the cause for human rights, and empowers young people and women to find their voice, as well as runs the SheLeads Academy Project for girls and teenage mothers.

She also represents the youth of Liberia on the national Board of the YMCA of Liberia, providing support to youth development, peace-building and women empowerment.

The female politician is the President Emeritus of the Nimba County Students Union (LINSU), and is also working with students in building their capacity and rejuvenating the culture of academic excellence, advocating for their rights and seeking redress whenever the rights of students are trampled upon.

She Studied at A.M.E. Zion University and is a member of the AME Zion Students’ Union (AMEZUSU). She currently studies at the Wilfred E Clarke College of Criminal Justice, A M E Zion University, and is a 2014 graduate of the Harriet E. Parkinson Memorial Academy.