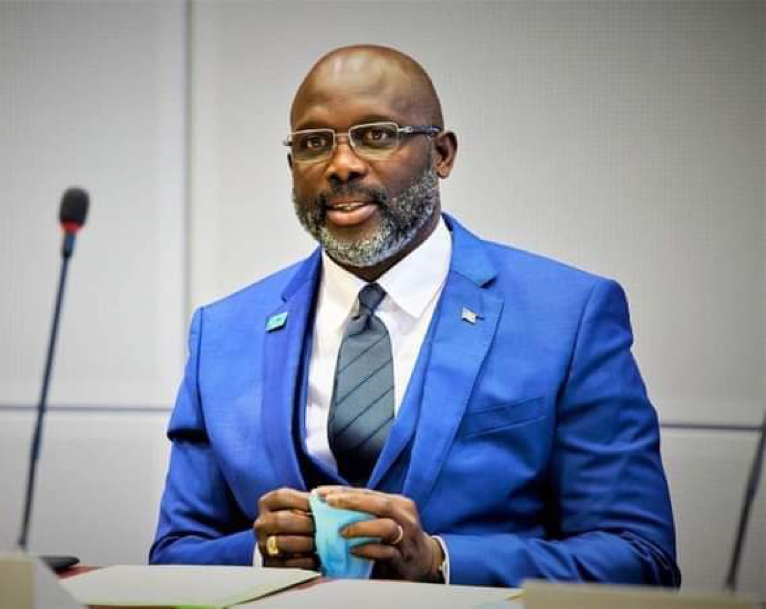 The Summit, which is being held in the wake of two years of unprecedented and brutal negative impacts of the COVID-19 pandemic, according to President Weah, the current compounding ripple effects of the Russia-Ukraine war, the Liberian leader said that every such crisis brings in its wake immediate losses that must be addressed through appropriate policy interventions, with the focus being the mitigation of the long-term costs of disruptions on our economies.

“In addition to the lingering impacts of the Ebola Virus Disease, COVID-19 Pandemic and the Russia-Ukraine war, the Mano River Union sub-region is facing a complex situation of providing commodities that are imported. Our challenge is to identify the appropriate policy nexus to deal with this erupting situation,” President said.

According to a dispatch from Darker, President Weah in his speech on Wednesday July 7, 2022, extended profound thanks and appreciation to the Government of Senegal and the World Bank Group’s International Development Association (IDA) for organizing the IDA Summit for Africa.

Making case for his country, President said, Liberia has an economy that is dependent upon food and oil imports, and is currently faced with rising prices of commodities as a result of the Russia-Ukraine war. According to him, the rise in the cost of oil will have a severe adverse impact on the environment, as people will seek alternative means for energy. The longer the war in Ukraine persists, the more the environment will be affected.

“We pledge our commitment to the ideas and programs inscribed in the Abidjan Declaration of the IDA for Africa 2021 Summit, and are fully supportive of its implementation between now and 2025. We are assured that it will succeed. And that is why we have come to this Summit to support its robust implementation” he said.

President submitted that his administration’s transformational policy during the replenishment period will focus on health, education, agriculture, digital economy, youth and women empowerment, roads and ports, energy and gender stating that these sectors are cardinal to our national development plan, the Pro-Poor Agenda for Prosperity and Development, which is a phased 5-year national program that runs from 2018 to 2023.

“With respect to the health sector, we efficiently utilized the experience gained in combating Ebola in the fight to control and eliminate COVID-19, and we are improving on our programs in readiness for future pandemics; as well as improving our healthcare delivery system,” he claims.

President Weah reported his government has also increased access to school-based services, by the provision of nutritional packages for students and building the capacity of teachers, as well as by the establishment of centers to enhance research.

He said creating the environment for the implementation of the Food Safety Act, the Fertilizer Act, and validating the Rice Development Act are some of the measures that my Government is implementing to ensure food production and security.

“On the economic front, the promotion of electronic payments and digitization of the Liberian economy, in collaboration with some of our key development partners, is an urgent and paramount imperative. Also, increasing credit to the private sector, and ensuring the stability of the financial system, are necessary initiatives that are well underway.

Being mindful that infrastructure is the bedrock for national development, we are keen on road connectivity throughout the country, which will facilitate easy movement and access to commodities and services; as well as the development and upgrading of our seaports and airports. We are also focused on increasing electricity generation, transmission, and distribution both in the urban and rural areas”.

According him, Liberia is on record for respecting and promoting gender equality. He said Liberian women are being given equal opportunity to participate in all sectors of society; ranging from politics, religion, medical, education, military, para-military, entrepreneurship, and other technical sectors while asserting that increasing the number of women in employment and services is at the core of our gender and development program. “It is hoped that the IDA’s objective will place Africa in a place of honor. The plan should aim at pulling Africa out of the current dependency syndrome. Together with you, our development partners, we should aspire for sustainable development and robust capacity-building. Our economies should be diversified to promote genuine people-centered policies, that are based on the principles of good governance, transparency, and equality,” he said.

President Weah said during his deliberations at this forum, they should take into consideration the situation in Ukraine, or their efforts would be undermined and rendered meaningless in the face of the ongoing Russia-Ukraine war.

“It is no secret that this war is having devastating effects on the global economy. If stronger economies are being affected, there will be no guarantee for weaker economies like ours that are already under stress,” he concluded.

It means that in order to achieve our target, we must join efforts in finding a diplomatic solution to the Russia-Ukraine crisis. As long as there is war in Ukraine, with the associated socio-economic and political implications, our peace, growth, and development will be negatively impacted, because instability and insecurity are not partners of development.