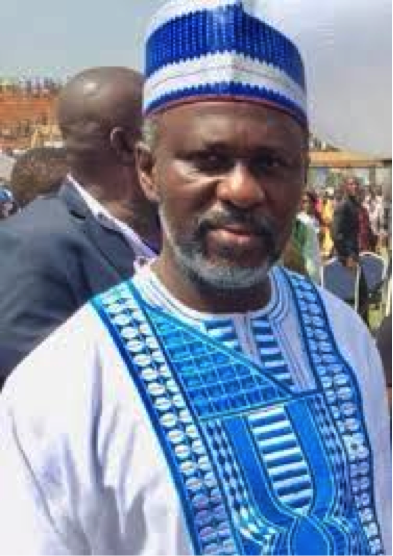 Monrovia: Liberia’s minister of State for Presidential Affairs, Nathaniel F. McGill has slammed those he perceives as his accusers holding him responsible for having a hand in the deaths of some officials of government who recently lost their lives under mysterious circumstances.

Several government workers including four auditors and former Public Works Minister Mobutu Vlah Nyenpan, recently died, with many reportedly pointing accusing fingers at Minister McGill and other high-ranking officials of government as being the masterminds behind the mysterious deaths.

The lifeless bodies of two former employees of the Liberia Revenue Authority (LRA), Gifty Lama and Albert Peters, were found in a vehicle parked in the center of the capital, on Liberia’s busiest street, Broad Street on October 2, 2020. The two auditors are believed to have died under mysterious circumstances.

The former director general of the Internal Audit Agency (IAA), the late Emmanuel Barthen Nyeswa was last month discovered lying unconscious at his SKD Boulevard residence at midnight, reportedly wounded in his head and back, and rushed to the hospital where he later died.

Nyeswa’s death remains a mystery, but at the time of his demise, speculations were rife that he fell through an emergence door from the top floor of his one-storey building, while other reports had it that he may have been attacked by unknown assailants who may have aggressively pushed him from the top floor which is estimated as 30ft from ground level.

The late Nyenpan fell ill following a meeting at the Ministry of Public Works, with McGill and other top officials of government including Finance Minister Samue Tweah and Monrovia City Mayor Jefferson T. Koijee. He was rushed at the John F. Kennedy Hospital and diagnosed of severe stroke, and was later flown out of the country to Accra, Ghana for advanced medical treated, but died later.

There are unconfirmed reports that the fallen works minister died of food poisoning, with the reports alleging that a fish he consumed following the Public Works meeting with McGill et tal, contained cyanide.

But at a media gathering Monday at his VOA Community residence, Minister McGill clarified that he knows nothing about the food that was served after the meeting, saying, “I did not request for food. I did not send for food. When I went to Public Works, I never asked for them to bring food.”

“The restaurant they got the food from, I don’t know. It is now people are telling me; [and] I don’t know whether it is correct,” Mcgill added, noting that after inquiring of some employees of the Ministery of Public Works, people are now saying the food was taken from Paris [Bar and Restaurant].

“If there where they took it from, maybe we need to go ask there, because it is unfair for people to be accusing me. I don’t know. I have never been to Paris since 2014. I don’t even know how Paris looking. I have never been there to eat before,” McGill clarified further.

He narrated that the food in question, for which some of his accusers are holding him responsible for poisoning that allegedly led to the death of former minister Nyenpan, was served in the presence of more than 25 persons that were in attendance at the meeting.

He disclosed that all of Public Works Ministry’s deputy ministers, all of the assistant ministers, directors, including some of the late minister’s assistants and his chief of office staff were present at the meeting, expressing shock as to where the whole story about food poisoning is coming from.

“I ate some of the food, but ate that food along with Yubuti. Assuming I wanted to kill somebody, that’s Yubuti I was supposed to kill-correct, because that Yubuti and myself ate in the same plate. He ate some of the same soup I ate. The minister was never close to me,” McGill further narrated.

McGill, who stated that truth never hides, and that the truth surrounding the death of Mr. Nyenpan will come up, noted that if somebody really poisoned the late minister of Public Works, the fallen minister’s God is there, adding that “but if people lying on us, our God is also there.”

He counter-accused some unnamed officials of government and members of the opposition bloc of being the ones peddling the conspiracy theory of his alleged involvement in the death of the late Works minister, pointing out that it was unfair for some wicked Liberians to accuse him of the death of Nyenpan, saying, “only God can fight my battle.”

“It is both the opposition and some people in the government, who are now liaising with the opposition to try to damage my reputation. I’m aware about some of these people. But the facts will be told later on,” McGill further disclosed.

He said he has sufficient evidence pointing to some big hands in government giving information to those in the opposition, who he said are singing song with it – “I have sufficient evidence to show… I will not call their names now, but we are doing more investigations and we will establish the names later on,” said McGill.

“Maybe that’s what the people do in the opposition. Most of their leaders in the opposition are former killers. So they believe the only thing they were doing, is the same tactic that’s what other people doing. Because, since they’re used to killing people, so anything you want to do now you yourself have to kill people,” said McGill, who emphasized that they in the present regime don’t have to kill anybody, because they were never involved with such things in the past.

He said the medical report of the late Nyenpan is available, urging all Liberians to stop making up stories about the death of Nyenpan, show some respect to the demised minister of Public Works, and bury him with dignity and pride.

The Minister of State, who said it was unfortunate that majority of the opposition politicians accusing him of masterminding the deaths of others, are the ones’ whose only trick in the past was to harm people, stating that that’s how they lived, that’s what brought them to prominence, and that whereas, he never participated in such deed before.

Some of those Minister McGill suspects of spreading such rumor about him are those who he said believe that he is an obstacle to their success, saying, “some people believe they can get to the President, but they think that I am the obstacle. So the way to do is look, let’s get rid of McGill, so we can malign McGill’s character, we can destroy him, we can say all kinds of things.”

Also setting the record straight concerning rumors that he has a hand in the dead of the former IAA boss Barthan Nyeswa, McGill said there is no way he or anyone from the government would have wanted him dead, because he was a friend and a valuable asset to the administration.

“We’ve been friends from 1997. We went to the University of Liberia together,” said McGill, who narrated that people who are insinuating that Nyeswa was killed over audit report have no idea that the very audit was authorized by President George Weah, and that he McGill personally wrote Barthan the letter mandating him to conduct such audit.

“This man was so submissive,” McGill averred, stating, “the man was discovering all sorts of ghost names on payrolls-what you want kill the man for? The man who’s helping your government? And you’re boasting of the man’s job. Every time the President gives the man mandate, the man goes and deliver and the President can boast that we have reduced ghost names…”