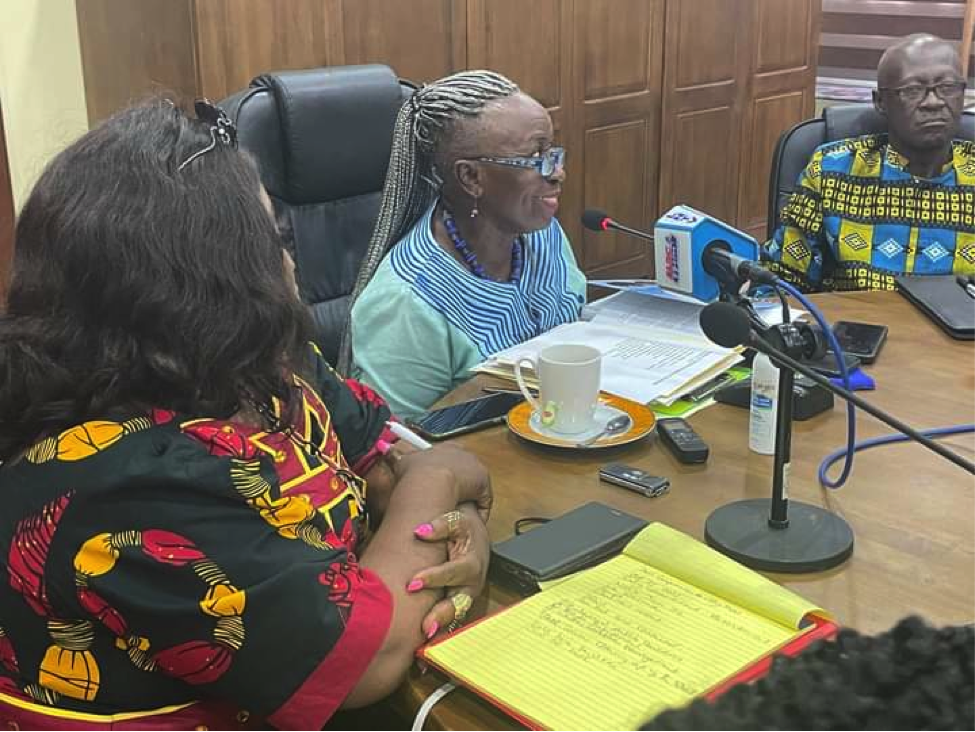 The Director General of the General Services Agency (GSA) and chairperson of the newly constituted Citizens’ Engagement Board (CEB), Madam Mary T. Broh, has made the call for Liberians to support the CEB.

In late October 2021, Monrovia City Mayor, Jefferson T. Koijee announced the constitution of a Citizens’ Engagement Board, naming 14 Liberians with Madam Broh as chairperson of the CEB and Ambassador Juli Endee as co-chairperson.

The CEB has a mandate to work along with the City Government of Monrovia to devise strategies and plans for preparing the City of Monrovia for year-end holidays and the impending 2022 Bicentennial celebrations, as well as to provide advice for the Urban Renewal Initiatives (URI). The URI is a road map of 35 deliverables for Monrovia.

The CEB has an operational tenure which runs from November 1, 2021 through January 7, 2022, and the Board reports directly to the Mayor Koijee.

Howbeit, in a statement on Tuesday, Madam Broh, who said she was honored for her preferment to head the CEB, thanked Mayor Koijee for the confidence reposed in her, with a plea for residents of Monrovia to morally support the CEB.

“The Citizens’ Engagement Board will embark on a successful journey only if the CEB will receive the moral support of all the residents of Monrovia,” Broh emphasized, disclosing that the Board’s work plan would cover four cardinal principles, including enhanced public awareness through sustained media engagement; community-based approach to waste management solutions; active public participation in developing long-term urban governance advisory; and  innovative cultural and creative arts as a medium for promoting national and historical pride.

She disclosed that in consultation and by approval of Mayor Koijee, the CEB shall work to engage several undertakings including providing guidance on sanitation plans and actions for the City of Monrovia; advise on cultural programs that promote the image of the City of Monrovia; and to develop ideas that will impact the general state of the environment and security in the City of Monrovia. According to her, other undertakings of the CEB would include the Board liaising with structures and departments of the Monrovia City Corporation to engage communities and stakeholders to promote a clean city; providing ideas on seeking and attracting resources to carry out plans; and to invite citizens’ participation in activities that will impact the long term governance of the City of Monrovia.