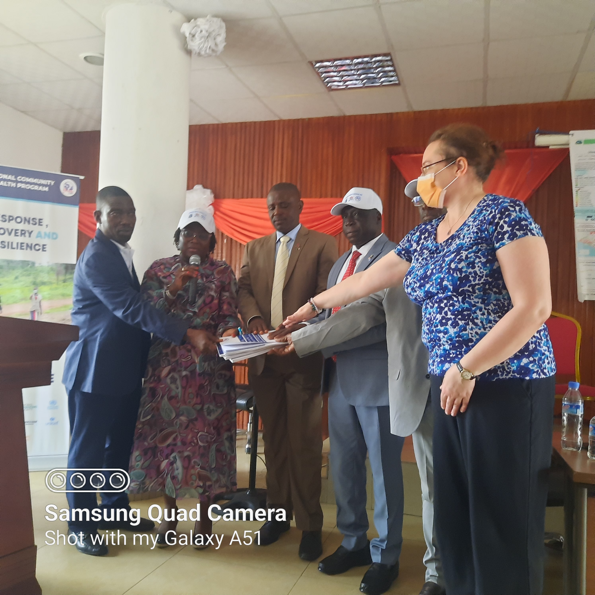 On the occasion of International Universal Health Coverage Day, the Ministry of Health of Liberia introduced a “National Framework for Respectful Maternity Care” that will run for the next five years. This was done with the intention of removing the obstacles that impede access to maternity health care in Liberia.

The national maternity health care document, which was launched with support from USAID and Breakthrough Action to cover the period ranging from 2023 to 2027, aims to provide the enabling environment that protects the rights of mother and unborn babies and to maintain their dignity, privacy, and confidentiality and to ensure freedom from harm and mistreatment. Additionally, the document aims to provide the space that enables pregnant women to make informed choices during childbearing. This document was created with the intention of protecting the rights of mother and unborn

The RMC also has the goal of becoming an essential part in the process of enhancing both the experience and the level of care that must be provided to women throughout the stages of pregnancy, labor, and delivery.

The General Assembly of the United Nations voted in favor of a resolution on the 12th of December, 2012, urging countries to speed up their efforts to achieve universal health coverage (UHC), which is the concept that all people, in all locations, should have access to health care that is both high-quality and affordable. The United Nations General Assembly passed resolution 72/138 on December 12, 2017, designating the 12th of December as the International Day for Universal Health Coverage (UHC Day).

In the meantime, this year’s International Universal Health Coverage Day was observed with the theme “Build the Liberia We Want; A Healthy Future for All.” The global theme for the day was “Build the World We Want”.

At the national RMC lunch, Dr. Peter Clement, the representative of the United Nations World Health Organization in Liberia, gave the keynote address. He urged the government to focus more funds on primary health sectors, claiming that Liberia can only achieve the international health coverage goals if there is a greater financial focus on the sector. Dr. Clement is the only person who has worked for the World Health Organization in Liberia.

According to Dr. Clement, primary care is a fundamental mechanism that ensures people have access to health coverage when they are in the midst of the most pressing need for it.

Keren Koprince, who is the deputy health coordinator for USAID, is advocating for a primary focus to be placed on health at the grass-roots level rather than just crafting policies without implementation. She asserts that the only way universal health coverage can be achieved is when public health facilities are competent enough to provide the essential basic health care that is required.

In addition, universal health coverage is accomplished when services are delivered to those who require them as a result of an increase in the number of public health facilities and medications that are made available at the neighborhood level.