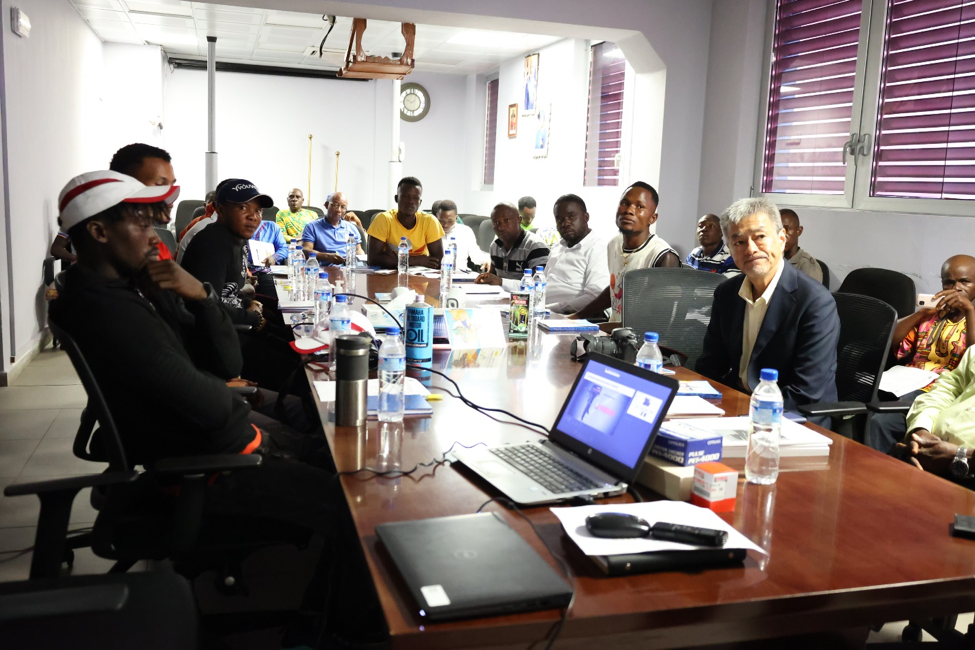 Monrovia, July 7, 2022- A daylong workshop for fishery technicians and other actors in the Liberian fisheries sector has ended in Monrovia, with a commitment by participants to demonstrate skills acquired in the maintenance of outboard engines donated by the Japanese government to the Liberian government through the National Fisheries and Aquaculture Authority (NaFAA).

The training was facilitated at NaFAA’s technical office right within the vicinity of the Mesurado Pier by YAMAHA Corporation, a Japanese-based group, and CICA Motors – Liberia.

At the opening of the workshop, Mr. Augustine M. Manoballah, NaFAA’s Deputy Director General for Administration, encouraged participants to take advantage of the training.

Hon. Manoballah said NaFAA was not just interested in giving out outboard engines to fishermen, but saw it necessary to train beneficiaries for proper maintenance and sustainability.

“We’re not just interested in giving you equipment without understanding its usage.” We’re also keen on the issue of sustenance. “

“Because if you’re not properly equipped to manage or repair them, when it starts to have problems, you may decide to take it to the wrong people.”

Deputy Director General Manoballah used the opportunity to laud the efforts of the Japanese government and other partners for the training.

“We’re grateful to the people of Japan, CICA Motors, and Grown Agents for the wonderful partnership.”

At the close of the training workshop, the participants extolled NaFAA and its partners for building their capacity. They expressed optimism that the knowledge gained would be used to properly manage and maintain the machines given to them.

The nine coastal counties of Liberia were represented at the workshop by two people each, as a few staff from NaFAA’s technical office also participated.

On October 23, 2021, President George Manneh Weah officially launched 420 pieces of Yamaha Outboard Engines in the port city of Buchanan, Grand Bassa County. That followed the free distribution of the outboard engines to established fishing cooperatives across the nine coastal counties.

The outboard engines were donated to NaFAA by the Japanese government following a visit to Japan by President George Manneh Weah.