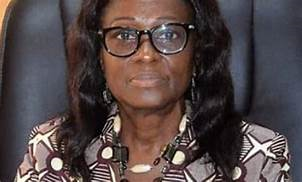 The National Elections Commission (NEC) says it has received a notification from the House of Representatives for a vacancy in the 54th Legislature.

An NEC statement says, the House’ Communication informs the Commission that the vacancy was created as a result of the election to the Liberian Senate of Grand Gedeh County electoral district number one Representative Zoe Emmanuel Pennue.

A Monday’s press release from the NEC disclosed that the Communication from the House of Representatives was received on Thursday, 18 February 2021.

The NEC release quotes the letter from the House of Representatives signed by its Chief Clerk Mildred N. Sayon as authorizing the NEC to work out the necessary modalities and mechanisms for the holding of a by-election in Grand Gedeh County.

Article 37 of the Liberian Constitution says, in the event of a vacancy in the legislature caused by death, resignation, expulsion or otherwise, the presiding officer shall within 30 days notify the NEC thereof. The NEC shall not later than 90 days thereafter cause a by-election to be held; provided where such vacancy occurs within 90 days prior to the holding of general elections, the filling of the vacancy shall await the holding of such elections.

Accordingly, the National Elections Commission is requested therefore to conduct the Grand Gedeh County by-election within 90 days to fill the vacancy in the National Legislature.

“We will give you the same length of time we gave...