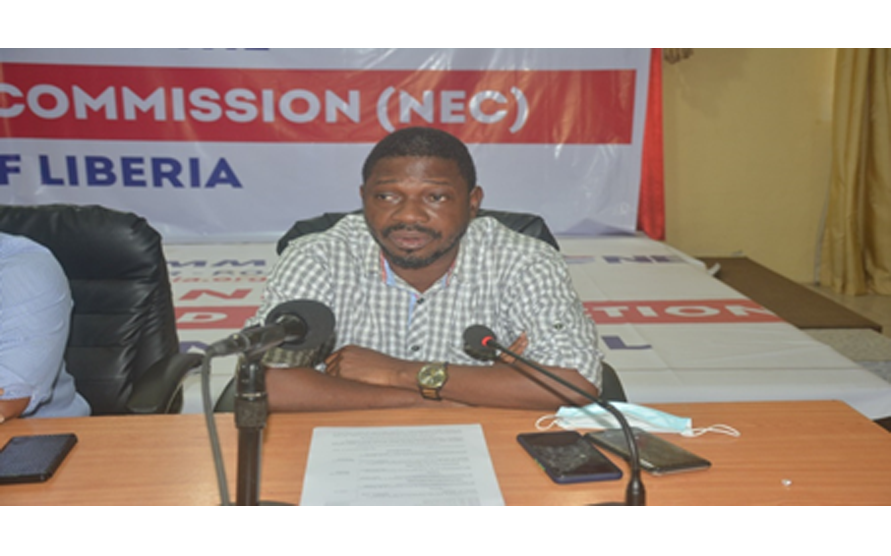 The Board of Commissioners of the National Elections Commission (BOC), on 6 February affirmed and confirmed its earlier declaration ruling declaring Numene T. H. Bartekwa as winner of the 8 December 2020 Special Senatorial Elections in Grand Kru County.

The unanimous Administrative ruling of the BOC of NEC Saturday, 6 February 2021 was read by Commissioner Barsee Leo Kpangkai.

However, lawyers representing the Complainant, the Liberia National Union, (LINU), by and through Nathaniel Blamo, Chairman and Candidate Nathaniel Barway, led by Cllr. J. Leveli Supuwood, has accepted the BOC’s ruling and announced an appeal to the honorable Supreme Court of Liberia.

The action grew out of hearing on an Appeal case filed by the registered political party, LINU, by and through candidate Nathaniel Barway, versus NEC, as first respondent, and Numene T. H. Bartekwa as Second respondent in the 8 December 2020 Special Senatorial Election in Grand Kru county.

Commissioner Leo Kpangkai reading the ruling said the complainant suffers wavers and lashes when it fails to properly take advantage of the law.

The BOC notes that after the conduct of the rerun in the three polling places and the matter was reserved, the complainant again filed to the Board a consolidated appeal for a pray to grant to conduct rerun in the remaining 110 polling places.

The seven-person Board of Commissioners unanimous decision was read Friday 5 February 2021 by Commissioner Josephine Kou Gaye.

However, lawyers representing the complainants, led by Cllr. Samuel Kortimai excepted to the ruling and announced an appeal to the Honorable Supreme Court of Liberia.

The two appeals were granted by the Head of the Administrative Hearing, Davidetta Browne Lansanah in keeping with law and subsequently dismissed the matters.

Similarly, NEC Board of Commissioners has reserved ruling in thehearing on an Appeal, CDC, by and through Alfred Kaiwon Gbarpolu County and Hon. Botoe Kanneh, Candidate Gbarpolu county Special Senatorial Elections.