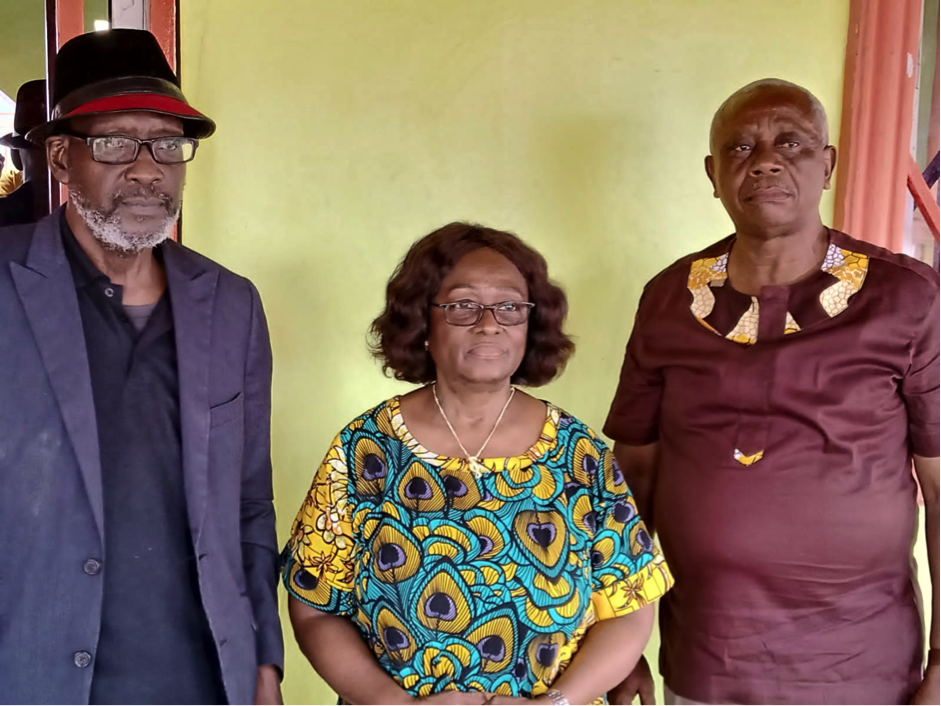 The National Elections Commission (NEC’s) Legal Section has presented a Proposed Hearing Procedures document to the Commission’s seven-member Board of Commissioners (BoC), for endorsement.

The ceremony took place in Ganta City, Nimba County, at the end of three days of deliberations, which commenced on Monday, 18October 2021.

During the deliberations, the NEC streamlined its hearing procedures aiming to conform to the constitutional timeframe, as well as in keeping with other legal statues, for the hearing of national electoral cases.

The NEC’s chairperson, Madam Davidetta Browne-Lansanah received the draft hearing procedures document on behalf of the Commission, and promised a critical review and consultation before endorsement by the BoC.

It can be recalled that after the conduct of the 2020 Special Senatorial Elections and Referendum, the NEC faced numerous challenges that led to the Commission to have slowly adjudicated cases arising from electoral disputes.

Speaking at the presentation ceremony, former Supreme Court Associate Justice, Cllr. M. Wilkins Wright reminded the Commission that it has set a high standard for the conduct of elections in the country, after hearing and disposing of 15 electoral cases, with NEC’s rulings into 14 of such cases being upheld by the Supreme Court of Liberia, following the conduct of the 2020 Special Senatorial Elections and Referendum.

Also during the occasion, the Ministry of Justice, through Deputy Minister Cllr. Nyenati Tuan also providing technical support as part of the collaboration with the NEC, admonished NEC to continue to operate within the confines of the law.

The NEC Legal Section, with funding from the Commission, is conducting a 4-day Legal Forum focusing on the Proposed Hearing Procedures, Election Cases, and Training in Ganta City, ahead of the conduct on 16 November 2021, of Representative by-elections slated to be held in Bong, Bomi, Grand Gedeh and Nimba Counties.

A total of 35 participants including the Commission’s BoC members, former Associate Justice Wright, Deputy Justice Minister, Cllr. Nyenati Tuan, and Senior Technicians of the NEC are in attendance at the Ganta Legal Forum.

UBA Liberia Wins Bank Of The Year At The Banker’s Award...