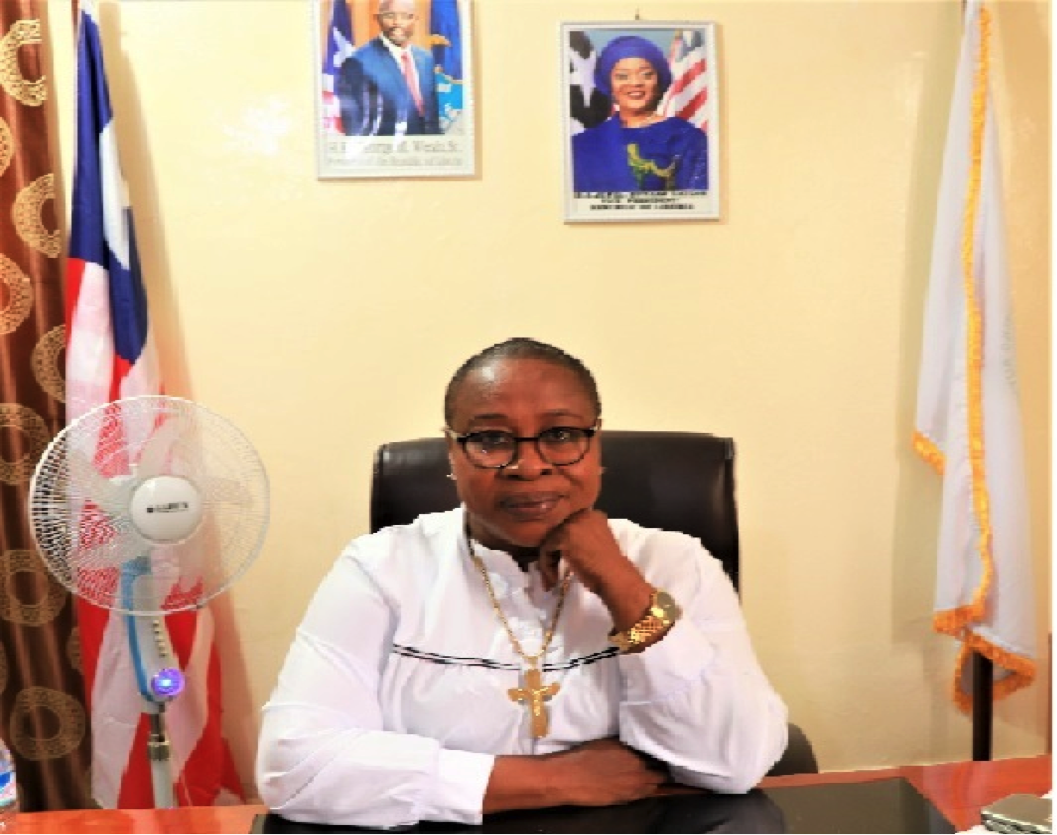 The management of the National Housing Authority (NHA) has sharply reacted to media report that its Managing Director, Celia Cuffy-Brown has illegally downsized 118 employees of the agency, terming the alleged act of the Managing Director as in ‘Defiant’ to authority.

Speaking to journalists over the weekend at her Capitol Hill office, Madam Celia Cuffy-Brown firmly denied the report which was published in the October 28, 2021 edition of the Front Page Africa newspaper, with the caption: “Celia Cuffy Brown Accused of Being Defiant over Reinstatement of 118 Employees Illegally Downsized.”

Making this clarification to reporters, Madam Cuffy-Brown said the information being circulated in the media by the FPA is misleading, and has no iota truth, but rather intended to damage the hard earned reputation of individuals who are performing their respective duties well in government.

She said when people make bad managerial decision it doesn’t only affect entity but affect the government and those who are aggrieved, recounting that when she got appointed as Managing Director of the National Housing Authority (NHA), the first thing she did was to peruse employees’ payroll and financial records, stressing that she met in the coffer of the entity US$341.00.00 with LD11, 600.00, and US$50,000.00 in escrow account, this she noted was the only money left in the account of the NHA.

Explaining further to reporters in a rather disappointing as a result of the publication, the NHA MD said her predecessor hired 118 persons to work without consultation to Civil Service Agency (CSA) and the Ministry of Finance and Development, Planning (MFDP), a situation she noted has wrongly overwhelmed the entity due to the entity financial constraint.

She said the MFDP is co-funding the payroll of the NHA, for this reason, the NHA could not hire anybody on its own unless through CSA, when CSA approve that person’s name will be sent to the Ministry of Finance and Development Planning (MFDP) so that this can be captured on the payroll.

Madam Cuffy-Brown in rejecting such report, noted that a Managing Director cannot arbitrarily hire people without going through the appropriate channel, adding, “Because we couldn’t pay them by ourselves; we don’t generate money to be able to pay them. So what they were doing was that there was project on hand, and they used some of the project money to pay them, but after a while that money diminished, so there were no money to pay them, so they haven’t been paid for about three months before I came here,” Madam Cuffy-Brown speaking to journalists explained.

The NHA boss also said it is difficult to have 118 people coming to work every day without getting pay, “Jeopardises our lives as head of this institution, because these people are angry people, we tried to work it out, it is not something that we do administratively, meeting on job I tried to maintain them,” she expounded during the interview last weekend.

Meanwhile, the NHA Managing Director says she is disappointed in the form and manner in which the FPA publication has branded her of being responsible for the factors behind the 118 contractors who are demanding full employment without getting the actual facts.