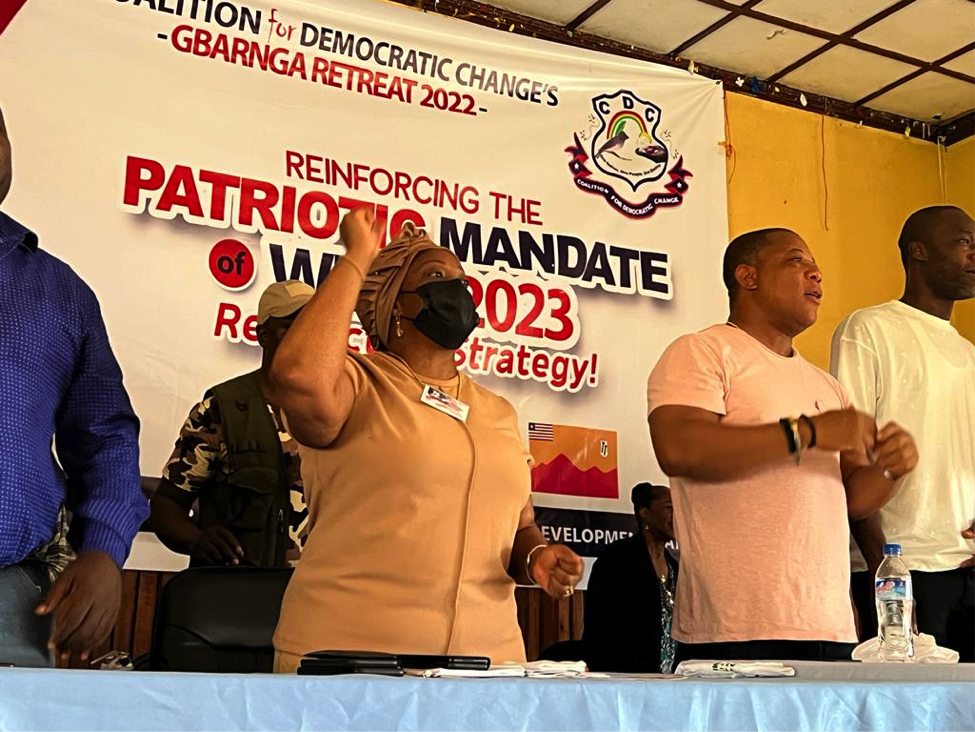 The Coalition for Democratic Change (CDC) has broken new ground for women’s political participation. The party says it has met its promise of mainstreaming political engagement among women by forty percent (40%), thereby raising the bar so high for other political party to follow.

The Chairperson of the CDC, Mulbah Morlu, divulged the information on September 16, 2022, during the party’s political orientation retreat, which took place in Gbarnga, Bong County.

Chairman Mulbah Morlu has stated that the goal is to join forces with other advocates who are yearning for women’s empowerment within the framework of society.

He made the observation that women should be provided the necessary support in comparison to their male counterparts in the political arena in order to promote the emerging democracy in Liberia.

The administrative steward of the ruling establishment emphasized the importance of women’s participation, stating that it is crucial to the success of any political initiative and adding, “they should not be disregarded.”

After that, there was a showcase of the party auxiliaries of the women’s leadership in Gbarnga, Bong County. These women were installed into offices alongside their male counterparts.

Mr. Morlu brought to everyone’s attention the fact that the commitment of the party to maintaining a participation rate of forty percent women, which is more than what is being asked for, is an extremely important priority.

In addition, he stated that the called for percentage of thirty percent (30%) is not adequate for women and girls.

At the same time, the Chair of the Coalition for Democratic Change admonished female candidates to make the most of the occasion so that they can sell themselves as viable candidates for political office.

He urged supporters of the CDC to develop resiliency and demonstrate zero tolerance for barriers that prevent women from holding high-level positions and positions of power.

The ruling party is currently participating in a two-day orientation retreat with the goal of bolstering its political initiatives in front of the year 2023.

The leadership of the party believes that the administration that is being headed by President Weah is on a course with a developmental trajectory that requires two terms.

In order for the leadership to accomplish its objectives by 2023, initiatives such as capacity building, mobilization, and the resolution of internal dispute will be taken.