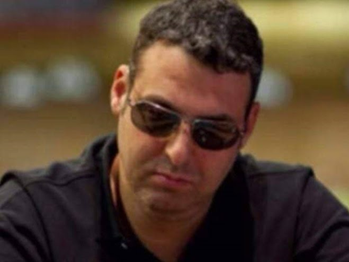 For publishing excerpts of court document:

Recently, while quoting court documents, WVN published an article captioned: “Palm Spring Resort CEO on the run for “duping” Liberian investor of over US$700,000,” in which the paper among others reported that Mr. Najib Kamand had escaped a writ of summon from the Debt Court before his Honor, Judge James E. Jones at the Temple of Justice.

According to a writ which is in the possession of the Women Voices Newspaper, Kotatee Seyboe of (Liberia) Horizon Eco, Inc., by and thru its General Manager/Chief Executive Officer, Eddie Seyboe, and all authorized officers, of Congo Town,  filed a complaint to the Debt Court of Liberia, indicating that Mr. Kamand informed them of being a licensed gold dealer in Liberia for which Seyboe’s company made a decision to purchase two Kilograms of gold from the Palm Spring Hotel CEO for an amount of 62,000 British Pound which is an equivalent of 473, 000 in United States Dollars.

The writ states that Mr. Seyboe indicated that Mr. Kamand confirmed the receipt of the cash transfer and informed him that the product of two kilograms of gold would have been available for pickup in Liberia within a three-week period as of the date of the final transfer.

The writ further states that Seyboe then traveled to Liberia from the United Kingdom to meet with Kamand and while in Liberia placed several phone calls to the CEO of Palm Spring Resort, but claims Kamand refused to answer his phone calls, and that he also exerted every other effort to meet with Kamand but to no avail, as he (Kamand) was always inaccessible.

In an attempt to make the gold available, the Palm Spring CEO made a promise for which Mr. Seybo flew to Liberia again for the second time but Kamand didn’t provide the gold as promised and was asked to refund the money for which he (Kamand) agreed to make said payment in two installments but miserably failed and threatened thereafter to shoot Seyboe if he continued requesting for the money he had for him, noting that he (Kamand) has connections with people in high governmental positions and that Seyboe’s death would cause him (Kamand) nothing.

“You are hereby commanded to summons Najib Kamand (Defendant) to appear before the Debt Court of Montserrado County sitting in its January Terms AD 2021,” among other things, the court’s writ states.

Howbeit, Mr. Najib Kamand through the Sesay, Johnson And Associates Law Chambers, which claims to be representing the legal interest of the Lebanese businessman, has threatened to take what it calls “the necessary legal action” against Women Voices, should the paper not retract its story against its client “within five working days in the same manner and form you did in the public.”

The Sesay, Johnson And Associates Law Chambers in a communication dated 16 February 2021, and addressed to the Managing Editor of Women Voices, termed WVN’s article on the CEO of Palm Spring Resort as a “smear of blackmailing,” indicating that the story published by the paper on Wednesday, 12 February 2021, captioned: “Palm Spring Resort CEO on the run for “duping” Liberian investor of over US$700,000,” is “based on falsehood and misrepresentation.”

But the management and editorial board of the paper say they stand by Women Voices Newspaper’s Wednesday, 12 February 2021 publication on the Lebanese businessman.

“Our souls must ache with urgency”