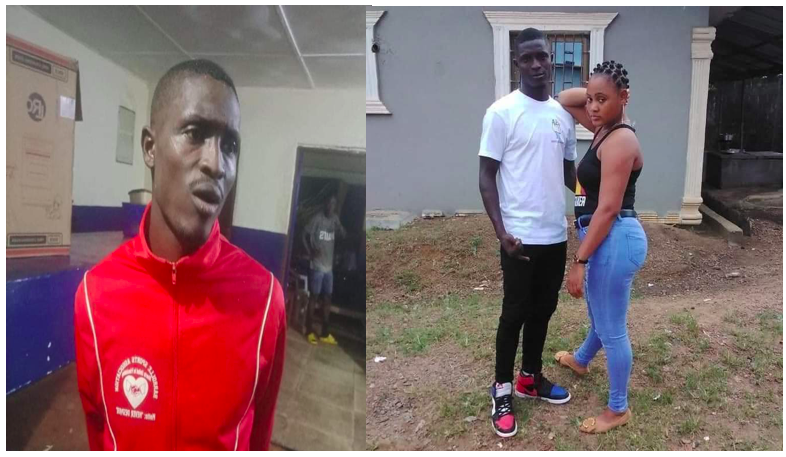 In Liberia, the fight against gender-based violence (SGBV) appears to be never-ending. Every day brings news of a lady, a girl, or a child who has been abused. According to a police report, the most recent one included a man killing his girlfriend.

Former Bomi County striker, Mohammed Barry, also known as Agogo, has been arrested by the Liberia National Police for allegedly killing a woman who was thought to be his girlfriend.

Agogo is accused of killing a woman named Annie Lymas in the Iron Gate neighborhood of Browerville, Montserrado County, District 17.

The police said suspect Barry was arrested on the night of June 6, 2022 in Virginia while on his way to escape from the country via the Sierra Leone border.

Agogo Barry is behind bars at the Liberian National Police Headquarters while he waits court trial.

Annie Lymas, who was 21 years old at the time, was found dead at her home in Browerville, District 17, Montserrado County, early on Monday, June 6, 2022.

Agogo allegedly left a note on the victim’s body that registered his regret for his actions, alleging that they had not listened to the advice of their parents. It is not knowing what advice their parents had given them. Womenvoices is endeavoring to uncover said advice for moral lesson.

The uncle of the 21-year-old deceased is, meanwhile, calling on the national government to carry out a speedy trial.

It is reported that the body of the deceased has been taken to the John F. Kennedy Hospital.