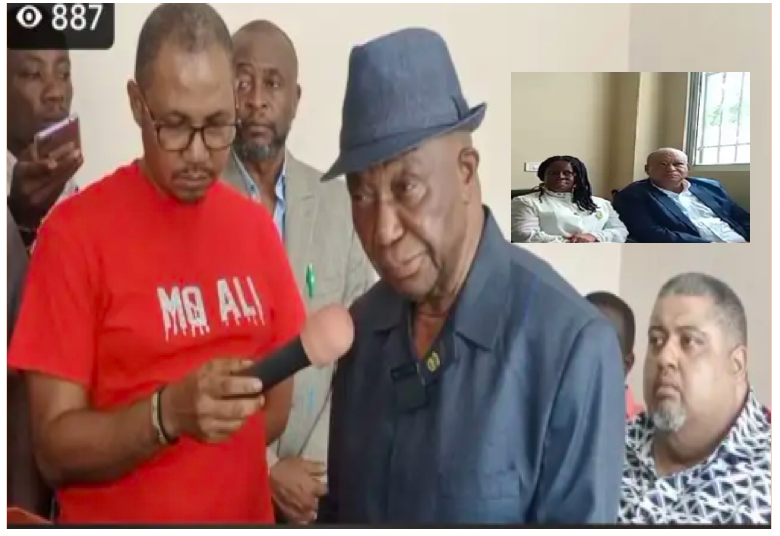 According to a UP executive who spoke on a condition of anonymity, the former ruling Unity Party (UP) has sought and obtained a copy of the Coalition of Democratic Change (CDC) framework paper to remedy previous mistakes that have disintegrated the arrangement.

From the onset, CDC was clear about then Senator George Weah heading the coalition, and that he would decide who becomes his running mate, the source said.

According to the source, they underestimated Alexander B. Cummings’ zealous pursuit to head the Collaborating Political Parties (CPP) and ultimately become a candidate in the next presidential and legislative elections in 2023. According to the insider, the fact that Cummings did poorly in the 2017 elections was a fair reason for him to scale back his goal.

“I had argued that, given his performance in the recent elections, Mr. Cummings would never be vehement about taking first position in the CPP setup,” he added. “But he truly astonished me when he insisted that we proceed to a primary, which he could control with cash in his advantage.”

Negotiations to persuade the ANC Political Leader to run as vice on a ticket with the former Vice President have failed, as Cummings has applied best efforts to persuade Boakai to withdraw from the race. The apparent failure to achieve a satisfactory resolution, according to pundits, sparked an avalanche of lawsuits in the CPP.

Ambassador Joseph Nyuma Boakai, the UP’s Standard Bearer, declared his party’s departure from political marriage with the Collaborating Political Parties on Wednesday, February 16, 2022, saying the UP no longer has faith in the partnership.

Despite negative feedbacks and open criticism from some members of UP, Joseph Boakai expressed optimism that the Coalition for Democratic Change Government would be one term at the Liberian presidency.

However, many senior members of the UP, notably former Maryland Senator John Ballout, have expressed strong opposition to the party’s decision to leave the CPP. The judgment, he said, was a “emotional setback” for the opposition’s victory.

“I hope the leadership will find time to meet at the table,” Mr. Ballout said as he stormed out of the news conference. “If not, this choice will be very emotional.” While Joseph Boakai was electable, Cummings was the best qualified, according to a former Maryland County senator.

Meanwhile, the head of the UP has warned members that if they publicly criticize the party’s decision, they will be expelled. He advises those who disagree with the choice to leave rather than attack the party.

You can express your unhappiness with a political party that is run on principles while decisions are made, but criticizing when the party has reached a conclusion is wrong.

Despite the Unity Party’s announcement that it will form a new formidable alliance that will be more focused and united in purpose, many Liberians, including political pundits, have been left in a state of uncertainty as a result of the UP’s latest decision, which speaks to the impossibility or difficulty for any opposition political party to win the ruling CDC in 2023.

NEC: With VAWiE/P, We Can Effectively Fight Violence Against Women in...