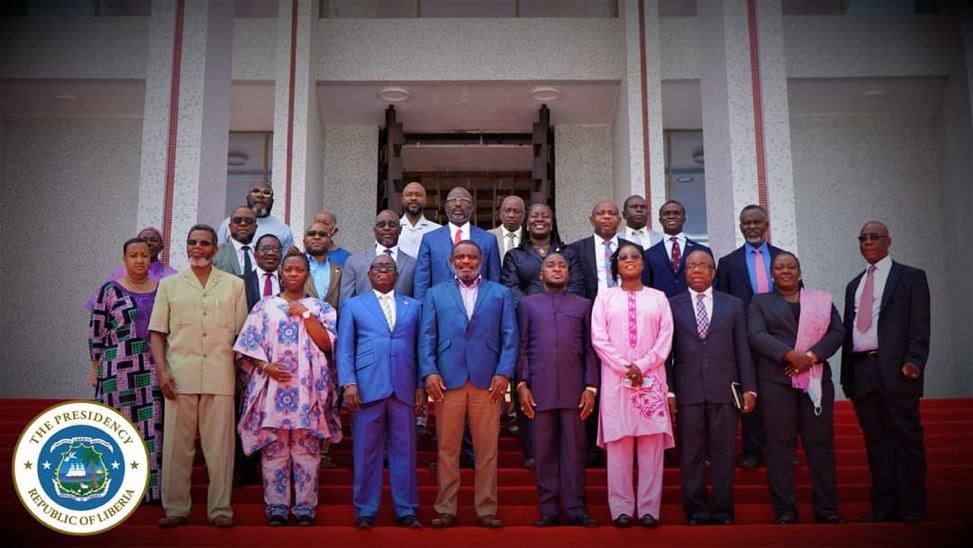 It appears that His Excellency President George Manneh Weah on Thursday has strategically changed gear to pay close attention to development Aid to Liberia.

The President on March 3, 2022 hosted his administration’s first Cabinet Meeting at the Parlors of the Executive Mansion, particularly to discuss EU Aid to Liberia

The Special Assistant to the President of the United States recently slammed Weah’s administration. Liberia’s officials, according to Dana Banks, are more concerned with their short-term advantages than the country’s long-term prosperity. Only Liberians, she said, could tackle Liberia’s corruption. This move by the Liberian leader, trying to direct EU-Aid, is a serious transformational direction that might mitigate the corruption perception in the government.

“The Cabinet Meeting presided over by President Weah had one agenda item–European Union’s new development model for Liberia and how the Cabinet could derive strategies to align with that model, particularly on the implementation of the next tranche of development, EU Aid to Liberia”, the Executive Mansion said.

President Weah convened the meeting to allow his Cabinet to have a full appreciation of the EU aid package, the Mansion sad, and to brainstorm on how the government could make maximum use of the EU’s development roadmap for Liberia.

“He laid the basis of the discussions in a way that it resonated with line ministries working directly with the EU and the entire Cabinet”, the release said.

The statement said, the Cabinet, following spirited discussions of the matter, agreed to constitute a special cabinet think tank that will engage with the EU on its proposal for Liberia.

“A decision as to how the government engages the EU will momentarily be derived by a Cabinet Think Tank and will be announced in the coming days,” Information Minister Ledgerhood Rennie is quoted to have said.

The first Cabinet Meeting at the Executive Mansion provided cabinet ministers opportunities to share their views on other issues of national importance.

The President moved his office from the Ministry of Foreign Affairs February 14, 2022 to the Executive Mansion, the official seat and home of the Liberian Presidency, which was gutted by fire in 2006.