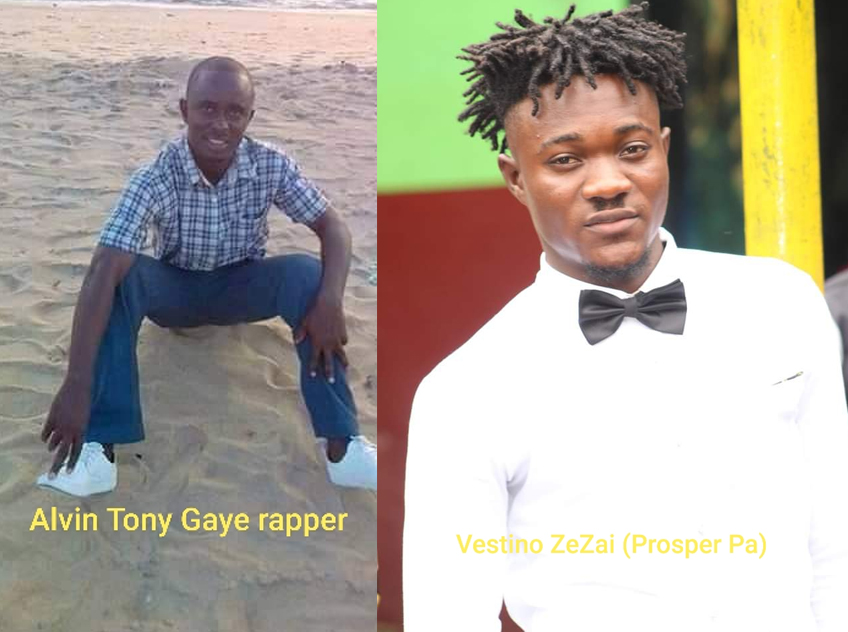 “Based on his frequent harassment, I refused to work for him whenever he asked me for a favor”, little Blessing said.

Blessing however admitted that Fahnbulleh’s continue appeal pushed her in deciding to helped him, this time around with the pen and newspapers from his room.

“When I went in his room, while looking for the newspapers and pen he sent me for, I saw the lights went off and the door locked behind me and when I asked who was doing that Uncle Armah Fambullah answered and said is me. When I tried to shout he held my mouth and threatened to kill me and that how he pushed me on the bed and had sex with me”, She said in sorrows.

“After having sex with me, he threatened to kill me if I told anybody and he would bury me and nobody would get to know about it”, she explained tearfully.

The survivors narrated that why going through the Trauma, Alvin Tony who was renting in their yard where the incident occurred, moved to neighboring community in Clara Town, but usually come to their room to charged his phone.

The 13-year-old-girl pointed out that one night about 12:00 midnight, Alvin Tony went in their room and asked for her sisters and she told him that they went at their Grand Father’s place. Having observed the absence of her siblings, Alvin Tony in addition to his request o charge his phone, he wanted to sleep in their room.

“I told him this is not your sleeping place and you should leave but he refused. When I went to sleep on the bed, he jumped on top of me and had sex with and squeezed my neck and beat on me”. The survivor said Tony again threatened to kill her if she ever told anybody.

Little Blessing further noted that she did not tell anybody rather kept it to herself in order to save her life. She added that why keeping it, she started getting sick regularly even after her mother treated her. “I was not responding to treatment until she asked me and I had to tell her the entire secret”.

Little Blessing wants justice to prevail because she said she has not been able to regained her health, and good state of mind, adding that the situation has caused her to be funny amongst her friends because it always playing on her mind.

Also speaking, Tannah Dolo, sister of Blessing Dolo, who is also a victim, said she was also allegedly raped by Vestino Zezai during the Candle Night of the  famous boy known as late Blamo, who was a alter boy in the St. Charles Iwanga Parish in Clara Town.

According to the teenager, Vestino Zezai raped her when he had asked her to helped him with a water in his room to drink, adding that she decided to go in his room for the water because all of them came from the candle night of the late Blamo, and that how he forcibly raped her.

Tannah explained to WV that since the incident she has not been well in her body rather has been constantly experiencing illness and continue bleeding from her Vagina. She said her mother became suspicious and started to council her and decided to take the matter to the Police.

Elizabeth Satiah, is calling for Justice for her girls children and said she will not comprised the case because  Fahnbulleh and Tony have been harassing her daughters and she has complained to her several times about them.

According to Ma Elizabeth Satiah, some part of the end of 2020 Blessing complained about Tony walking on her in their room and raping her body, likewise Fahnbulleh. She added that when her daughter told her about the situation, she told her husband and they called community meeting and advised them to stay away from their children; something she said the community leadership advised them and they promised never to go around them.

“I just do not know why human beings are wicked and heartless. My children were born here and even grew up in the hands of those guys. I just can’t believe that people who I give food to and even saw the pregnancy of those children will damaged the future of my children this way”, Mother decries.

“World Safer Because of UN”