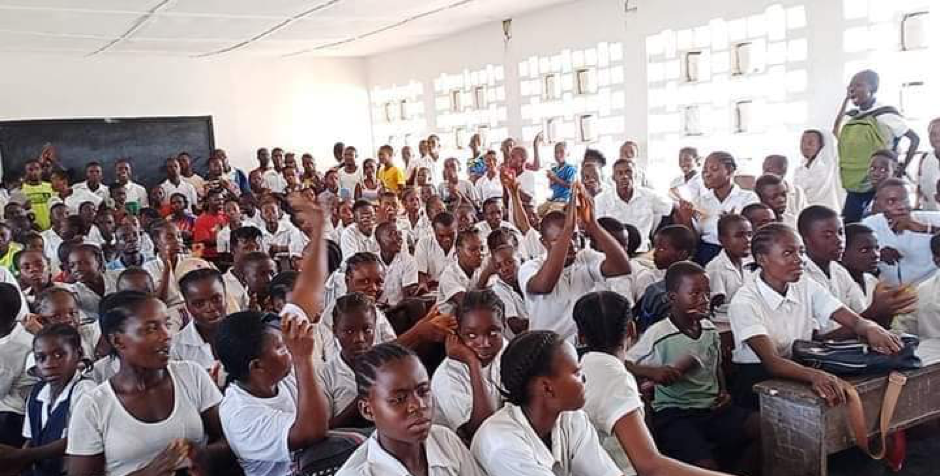 The tournament brought together over 24 schools from across Salala District to display their academic talents, according to the female lawmaker’s official Facebook page.

The all-female educational tournament, which began on March 3, 2022, drew schoolgirls from around Bong County’s rural towns.

The Flehela Public School defeated the Save Home Mission School by a score of 50-125 in the competition, which began with tough academic contests among the district’s young ladies.

Rep. Moima Briggs Mensah is one of the female legislators credited with advancing women’s leadership in the National Legislature. She was just chosen chairperson of the Bong County Legislative Caucus, which has been split for years over evident political differences. She has vowed to reconcile that body in order to promote the county’s economic goal. If she is successful in reconciling the Bong County legislative caucus, she will be in a strong position to run for reelection in 2023.

During the inaugural ceremony, Salihoo D. Sama, chairperson of the Salala District Veteran Bureau, advised students from various institutions to keep a good sense of humor and show off their best educational talents to the Salala District residents.

Rep. Mensah stated that boosting female activities in Liberia is still a top focus for her. She was recently heard on one of the local radio stations promoting the passing of a measure by the Honorable House of Representatives that would require political parties to field at least 30% female candidates in any election. Politicians are divided about the move, which looks to be the bare least. Many experts, notably Womenvoices, feel that if Liberia is to meet Goal 5 of the SDGs, 30 percent of total seats should be dedicated to women. Only 11% of female legislators now serve in the National Legislature. This paper, along with others, has urged the Senate to do the right thing.