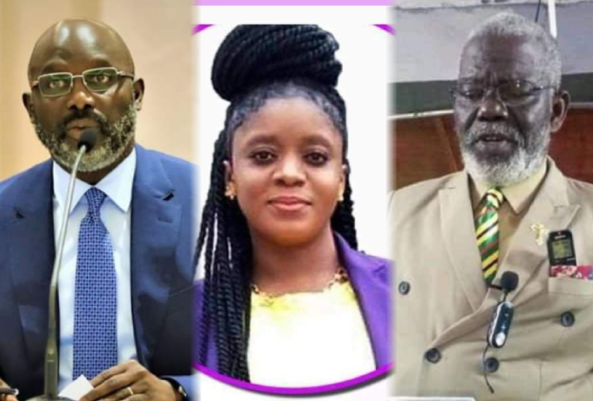 Monday, December 7, 2022, in Monrovia, Liberia: Representative Rustonlyn Suacoco Dennis of Montserrado County District #4 penned an open letter to President George Weah on September 6, 2022. In the letter, she drew President Weah’s attention to the passage of an act by the House of Representatives named the “PYJ Polytechnic University College” and pleaded with him to veto the act if it came to his desk, as it would inherently aim at including the university college in the national budget.

On Monday, December 5, 2022, members of the Liberian Senate concurred with the House of Representatives on the passage of the Act Establishing the PYJ Polytechnic University in Nimba County, as projected by the female lawmaker.

As things currently stand, and as stipulated by the constitution, it is up to the President of Liberia to either sign the bill into law or exercise his constitutional right to veto it before it can become a law.

The fact that the university is owned by a former INPFL leader who proudly participated in Liberia’s brutal civil unrest that led to the deaths of thousands is one of the main reasons why the District #4 Representative views the President’s signing of the act into law as a significant risk for the country of Liberia.

Concerns raised by Representative Rustonlyn Dennis point to the significant involvement of the school’s owner, Senator Princess Y. Johnson, in the civil war in Liberia as well as his connection to the global community.

She believes that the president’s ability to sign the act will further deepen the infamy already in the country and describes him as a documented warlord, a diabolical murderer, and a renowned torturer. This is especially true when considering the fact that his government is currently dealing with sanctions affecting three of his top officials on grave allegations of corruption.

She emphasized the need for Liberians to reflect on the negative consequences as they relate to the country as a whole, as well as the embarrassment to the would-be graduates, despite the fact that the polytechnic university college may serve the purpose of providing basic skills and a career to the citizens of Nimba County.

“My reasoning is based on the fact that Liberia is a nation that is working to heal after its dark past of mayhem, rape, deaths, destruction, and torture, among other things,” she explained.

“While the United States government along with the European Union, ECOWAS, and other countries are helping to shape our country and elevate us from post-war status as well as poverty, we can’t openly be repugnant to civility by slapping the faces of those striving to help us,” she further added. “We can’t afford to be in a position where we have to rely on others to lift us out of poverty.”

The legitimacy of the PYJ University will be ensured once President Weah has signed the act into law, making it possible for it to become a law.

Senator Prince Y. Johnson was formerly known as a notorious warlord. As a result of his terrible involvement in the civil war that took place in Liberia, Liberians and international organizations will never forget the atrocities he committed during that conflict.

He still managed to make his way through the political landscape of Liberia, especially in Nimba County, with an unbeaten electoral record for more than 17 years, despite the fact that his past was marked by practices that were both unorthodox and unprecedented.