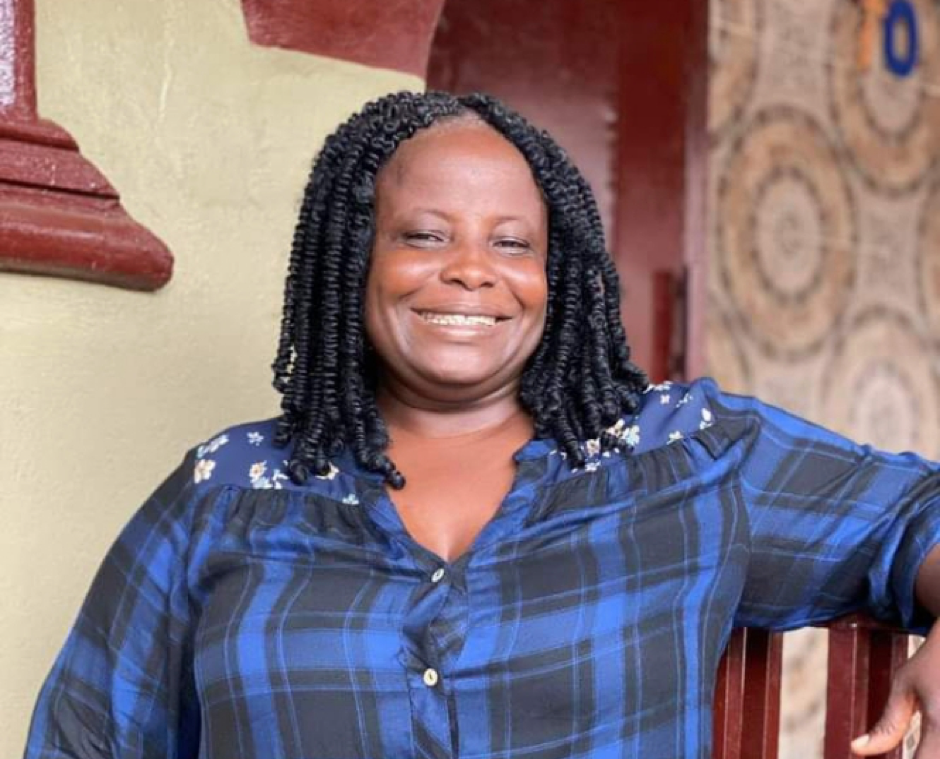 Liberia’s Monrovia on October 12, 2022: Ne-Suah Beyan Livingstone, a famous Liberian women’s rights activist, is urging the national government to ensure an increase in the living standards of common citizens in order to address the problems that affect girls in honor of the International Day of the Girl Child.

The leading advocate for women’s rights stated in a special interview with our reporter on Tuesday, October 11, 2022, that as people’s ability to care for their children increases, so will people’s access to a better life, children’s street sales, the rate of rape, and other national issues.

“There are still many of our daughters who are unable to leave the house to attend school. Many of them continue to be pressured by their parents or other adults to integrate into sanda society. There are many of them who are still being sexually assaulted and subjected to domestic violence, and I am concerned that after this generation, the struggle will only get tougher for our young children who are trying to grow up because the opportunity and access to education and better living standards are still a challenge for the girls,” She said.

She listed providing girls with the opportunity to pursue an education as one of the many major deficiencies she said previous governments have overlooked, along with the importance of raising the living standards of average inhabitants.

A safe area for girls would not be easily ensured, Madam Livingstone continued, highlighting the failure of state officials to provide what will better the lives of regular people.

“Until public facilities are cheaper, more accessible, up to standard, and even better than private institutions,” she says, putting emphasis on the need for development, “the flaws will become our strength.”

“The idea of sending their children to public school will never even cross the mind of a parent who cannot afford private education. She thinks I’m enchanting my youngster, which is true because public education has reached its lowest point. Because of the lower pay at private schools, many of our public school teachers leave the classroom in favor of higher salaries. Additionally, the sanitary conditions at these campuses are so bad that they pose a health risk to us. In order to develop public amenities and provide a better life for our ladies and daughters, we must consider these factors “She said.

She also praised the government for its efforts in the cause of creating a safe place for girls, but she highlighted that more needed to be done.

She also emphasized the importance of the government supporting neighborhood nonprofits working to advance issues affecting women and girls.

She argued that the government should also make sure that advocates and whistleblowers are in a secure atmosphere and hasten the legal system’s interns’ prosecution, particularly if offenders are found guilty.

The Liberia CSOs GBV Coalition has designated Ne-Suah Beyan Livingstone, a well-known and honorably recognized advocate for women’s and children’s rights, as a GBV Champion.

His dedication has had an impact on the lives of several kids who have been the victims of rape and other types of abuse.

On the other hand, the International Day of the Girl (IDG) celebrated its 10th anniversary on Tuesday, October 11, 2022, with the theme “Our time is now—our rights, our future.”

Governments, legislators, and the general public have been paying more attention to issues that are crucial to girls during the past ten years, and there have also been more opportunities for girls to speak out on a worldwide scale.

At the national level, more young women are becoming leaders and winning top honors at institutions of higher and lower learning, such as law schools and medical schools.

However, it seems that there are still few investments made in girls’ rights, and girls face a variety of obstacles to achieving their potential, which are made worse by the simultaneous crises of climate change, COVID-19, and humanitarian crisis.

The International Day of the Girl Child was established on October 11 by Resolution 66/170 of the United Nations General Assembly, which also recognized the rights of girls and the particular difficulties they face globally.

Girls are more likely to be married young as a result of the severe COVID-19 pandemic’s effects on the economy, school closures, and disruptions in reproductive health care. More than two thirds of primary schools in least-developed nations lack power, and over half do not have single-sex restrooms, which is crucial for girls’ attendance.

The gender disparity among internet users worldwide is widening, reaching 43% in the least developed nations from 11% in 2013 to 17% in 2019.

Less than 15% of women graduate in the fields of science, technology, engineering, and mathematics (STEM) globally, which represents more than two-thirds of all nations (SDGs Report 2021).

More than 1.1 billion females are ready to face the future today. Girls are breaking down barriers every day, taking on problems like child marriage, unequal access to healthcare, abuse, and climate justice. The girls are demonstrating their invincibility.

Although there is a need for more women in the legislature, more young women and girls in Liberia are attending school and shattering the glass ceiling for their participation in national decision-making.

Currently, Liberia has its third female chief justice since the nation gained its independence in 1847.

“Prepare your families for Lockdown”

We Challenge the Female Lawmakers to Make a Difference 

“When they were butchering the girls, I took the photo of...