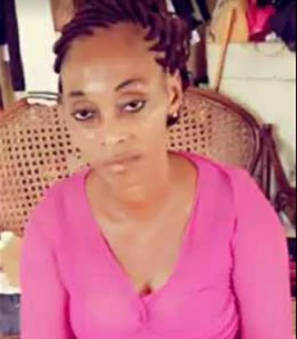 As the fight for women’s rights continues unabated, it would appear that the situation is becoming even more complicated, as women are still being engulfed and challenged by a variety of forms of infringements.

Mariama Sheriff, a social worker who is a single mother, is a vivid example of an infringement on one’s rights because she faces challenges such as being homeless and jobless as a result of being allegedly wrongfully evicted from her dwelling place and unlawfully arrested and apprehended for several hours.

Mariama Sheriff, who is now pleading loudly for justice, is owed a little more than USD $6,520 by Mr. Wendell Wiles, according to a court document and other documents believed to be signed by him; however, he has refused to refund her following an unlawful eviction. The documents that indicate the amount of the debt can be found here.

After an unlawful eviction, Judge Quincy A. Garnett issued an order in October of this year requiring the administrator and landlord of the William V.S. Tubman building on Ashmun Street, Mr. Wendell Wiles, to pay slightly more than $6,520 in back rent and other expenses.

Mariama Sheriff was kicked out of the home she shared with her landlord on Ashmun Street on July 1, 2022, as a result of an eviction order issued by the court. According to Mariama, she received the order a few days before the eviction process began when she was involved in a dispute with her landlord regarding an alleged armed robbery that was still being investigated.

She claims that the eviction procedure, which was quickly followed by the order, was carried out while she was absent by the court officers and her landlord.

They went to the location, took the doors down, and threw all of my belongings outside without any sort of ruling.

“They robbed us, the Tubman family, and the caretaker sister of a lot of good things, including more than USD $3,000 in cash and other valuables, she said, “They looted us.”

Mariama Sheriff stated that her landlord and his girlfriend allegedly threatened to send armed men to kill her on September 2, 2021, prior to the eviction order. Immediately following the alleged threat, she filed a complaint with the West Point Court in order to protect herself. But between 2:00 and 3:00 AM on September 3, 2021, criminals broke into her apartment and confiscated her valuable items.

Madam Mariama Sheriff, who was operating the ECOWAS Women and Youth Wing, a life skills program, said all of her working equipment and other essential materials were stolen.

“So when he got in, I didn’t know until I woke up, but I was helpless. When I came to myself, I saw a black fellow that pointed a very bright light at my face, but when I removed my face from the light, I saw the gun with a long knife, so I ran into the bathroom and began to shout, but by that time he had stolen almost all the valuable things we had, so he escaped.” Madam Sheriff alluded

She said the individual she identified with the gun was once a resident of the same building but was asked to leave after it was disclosed by Mr. Wendell Wiles that he was a criminal.

Before the occurrence of the incident, Madam Sheriff said both the landlord and the suspect had a very close relationship, and she couldn’t figure out what the secret was behind it.

“So when the criminal got out of our place, he locked us up in our apartment and used the back door of the house, but when we spotted through our kitchen window, we saw the landlord Wendell Wiles, his girlfriend Angel Harris, along with the criminal Perry Parker, going towards their apartment,” she mentioned.

Following several failed processes from West Point Court to the National Police Headquarters on the armed robbery issue, she alleged that Judge Quincy A. Garnett, to whom the case was taken for redress, trashed it and ordered her eviction following a summons for eviction filed by the estate lawyer Cllr. Joyce Woods, though the armed robbery case wasn’t addressed.

She said that when the case went to the civil law court, Judge Quincy A. Garnett was called and asked to explain why he had ordered the eviction without making a decision. He was told to go back and do a proper investigation.

Upon exhausting the investigation, Judge Garnett On October 13, 2022, it was provided before the civil law court that Mr. Wendell Wiles was found guilty as he admitted that Madam Sheriff paid her rent and she didn’t exhaust the time.

She said Wendell Wiles was turned over to the Civil Law Court judge Yamie Quiqui Gbeisay after being found guilty, and he was urged to pay her about $USD 3,720 for rent and a little over $2,000 for the total expense.

Since the last court appointment in October, she said she’s yet to hear from Wendell Wiles with regard to the court mandate.

She’s calling on the Ministry of Gender, Children, and Social Protection, the Justice Ministry, and women’s rights advocates across Liberia to join her in ensuring that the money is refunded or the apartment is given back.

Madam Mariama Sheriff said she’s currently residing with one of her students, and life has gotten more complicated for her as she’s jobless and her daughter is also out of school.

However, it is currently unknown where Mr. Wendell Wiles is located because the building in question—which used to be the Defense Ministry—is in the process of being leased out.