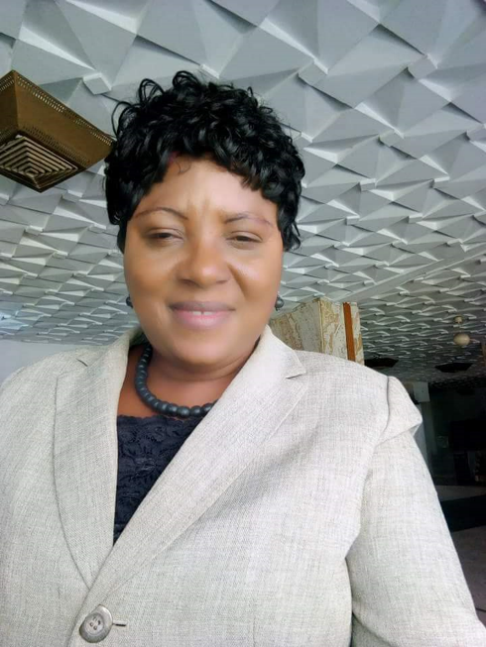 SINOE – The first ever senatorial candidate of Liberia’s southeastern Sinoe County, Madam Grace Scotland-Braimah has vowed to defeat her male counterparts contesting against her for the lone Senate seat in the ensuing 8 December special senatorial election.

Citizens and residents of Sinoe County like all other illegible electorate in the rest of the country’s 14 sub-political division, are posed to go to the polls on 8 December to elect 15 senators.

Women Voices Newspaper (WVN) has been reliably informed that throngs of females in that part of the country have begun gearing up to support Sinoe’s female candidate to ever take a shot at a seat in the Liberian Senate in an election.

Madam Scotland-Braimah, a candidate of the Collaborating Political Parties (CPP), is going against three male candidates, in a political race many commentators have already dubbed as a tough competition – even though a women group the Women Against Marginalization based in Sinoe, has vowed campaign and ensure Madam Scotland-Braimah is elected Sinoe first woman senator.

Scotland-Braimah, the Chief Executive Officer for Women Empowerment for Self-Employment (WE4SELF), a local NGO which work is mostly concentrated in Sinoe, Bong, and Rivercess counties, resigned in early October stand for the Senate election.

Women Against Marginalization’s spokesperson, Cecelia Doe disclosed recently that her group’s group support to Scotland-Braimah, is informed by the lack of appropriate women representation in the Senate.

Madam Doe holds to the belief that increased women representation at the Legislature, Liberia will experience rapid progress, saying, “when more women are elected as lawmakers, especially in the Senate, more progress can be achieved for bettering the lives of people in the entire country.”

“Madam Grace Scotland Braimah must be given the opportunity to serve as the next senator for the county. As it stands, there is a single female senator from Bassa County who is struggling to regain her seat due to the male dominance [in the Senate],” Doe recently told a group of registered female voters who had gathered to declare support for Scotland-Braimah’s candidature for the Senate.

“Women, too, must be given the [equal] opportunity at this time to represent the people of Sinoe County; we deserve better, we cannot be voting for men all the time. This time is our time, and we are calling on the men to support us,” added Madam Doe, who intimated that the lone female candidate Scotland-Braimah, is credited to have contributed to the growth and development of Sinoe and Liberia by empowering women and youths, specifically through the Village Saving Loan program and agriculture support, as well as scholarships for school-going girls and boys.”

Recounting her contributions to Sinoe County and the Liberian society at the gathering, Scotland-Braimah disclosed that she has empowered 2,000 women through the village savings loan program, and 3,500 women in agriculture, adding that she has also supported 350 young adults to start a business in agriculture.

Currently, some 35 female students and 15 male students are beneficiaries of Madam Scotland-Braimah’s scholarship in both grade schools and universities, according to the female politician.

“I have impacted the lives of almost everyone, and not only women, but both women and men, and the youth in agriculture, and village saving loan,” noted Scotland-Braimah, who stressed that her goal is to improve the lives of all people.

Hear Madam Scotland-Braimah: “I am currently helping young people through scholarships in both grade schools and at university levels; I will forever remain who I am, and I will not let the people of Sinoe down when elected to public office. I will defeat all men because I am the best suited in this election.”

If elected, Scotland-Braimah says she intends to address Sinoe’s longstanding tribal feud between the Krus and the Sarpoes, emphasizing that she will ensure that the rivalry between the two tribes will be totally quelled.