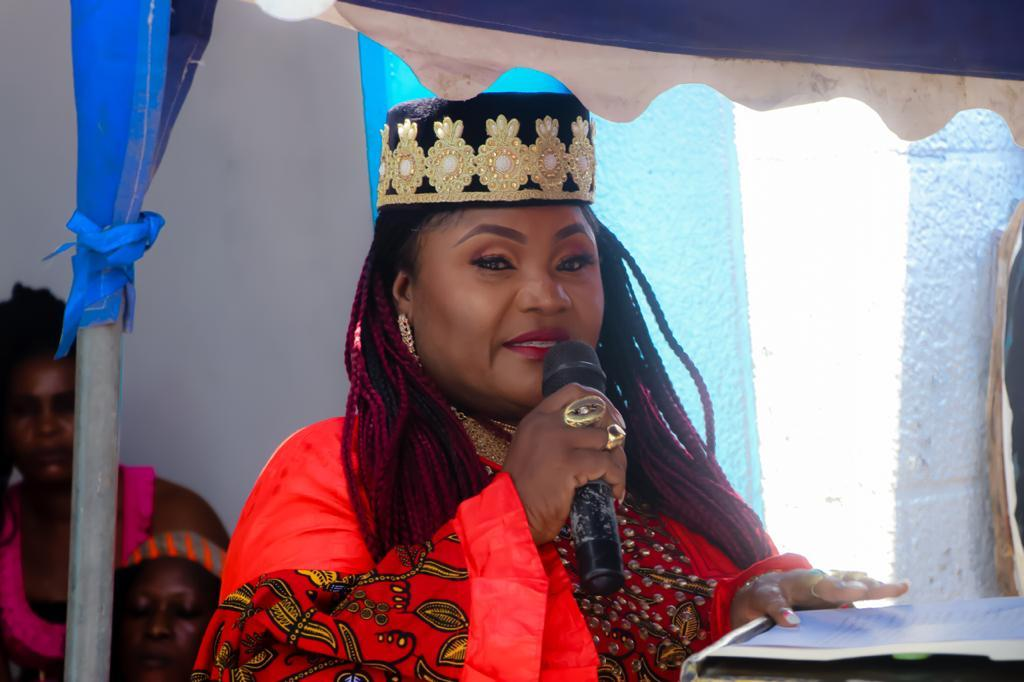 Liberia’s Cultural Ambassador and Queen, Juli Endee, has strongly called on the governments of the West African states of Guinea, Nigeria and Ivory Coast to immediately end violence and other acts of bloodshed in their respective countries.

Ambassador Endee stressed the need for genuine and sustainable peace and stability to not only prevail in the West African nations and the sub-region of the Economic Community of West African States (ECOWAS) and the Mano River Union (MRU) basin but also ensure socio-economic development and progress at all times.

Queen Endee’s call for peace and stability was contained in a statement she delivered on United Nations Day held on October 24, 2020.

While expressing condolences to the bereaved families, Ambassador Endee condemned the killings of protestors and other acts of electoral violence in the sub-region.

The electoral processes in both Guinea and Ivory Coast have been characterized by series of protests and other acts of violence and lawlessness with fatalities while some of the protestors against alleged police brutality in Nigeria were recently shot dead allegedly by state security forces.

“We condemn these acts in the strongest term, my own Government must ensure that the perpetrators of violence, murders, and other acts of lawlessness are investigated; if anyone is found liable, they should be brought to justice,” she added.

“My heart goes out to those who lost their love ones in these very troubling times of uncertainty,” Ambassador Endee said.

She pointed out that United Nations (UN) has made tremendous progress to ensure world peace and progress and eradicate childhood and other preventable diseases, maternal mortality, and ensure improved access to vaccine (Immunization) for children over the years.

“As a champion of immunization, I want to thank the Global Alliance and United Nations for the vaccine and expanded Program on Immunization,” Ambassador Endee said.

“Let me say a big thank you to the One UN Family in Liberia, Dr. Kingsley Opoku Amaning, Resident Coordinator, for the strong capacity building and empowerment of traditional communicators in Liberia over the years, these tools can be useful in engaging the communities for sustainability of our young democracy,” she emphasized.

Ambassador Endee expressed Special Thanks to UNICEF for the women, children and adolescent girls program in Liberia. She pointed out that UNICEF remains the LCP’s strongest partner.

She also applauded the World Health Organization (WHO) for its active role in COVID 19 preparedness and response. She also praised UNDP for its support for electoral processes in the country.

“We salute you all. To the Government of Liberia through Monrovia City Government, MOH & NPHIL we thank you all for your support. We will continue “The Show Love Campaign” and maintain the peace in the country.

She concluded by saying “KUKATORNON” which means “We Are One.” She invokes God’s blessings for the United Nations as it celebrated its 75th Anniversary and for the development and progress of the Liberian nation.